We strive for a sustainable future, innovation, and urban resilience.

ZERZA is an international architecture, urbanism, and design firm dedicated to facing the challenges of today’s built environment and anticipating those of tomorrow. Maximizing the potential of emerging technologies, including smart building systems and renewable energy concepts, we’re creating healthier living and working environments. We approach sustainability holistically to reimagine cities for a better quality of life for all those who inhabit them.

The practice operates at the intersection of architecture, art, and technology. Research and analysis of each site and its specific historical, cultural, social, economic, and political parameters provide the groundwork for a practice that aims to reframe the way design interacts with and establishes new ties to existing settings and structures. We actively engage in the exchange of ideas and collaborate with artists and thinkers of all disciplines.

We live in a time when the digital world is merging with the physical one, blurring virtual and analog. The technologies of the virtual realm present an opportunity for us to reimagine space, society, and culture. Technological revolutions have always defined the modern city; inevitably, digital technology will continue to transform public and private space.

With intelligent building materials and sustainable energy sources, we’re creating environments in which robotic technologies interact with us and which we, in turn, imbue with lifelike qualities. The built environment can react in real time to various data, and we can design responsive spaces rather than merely install static technical systems. Virtual space can function as a mediating layer between the real and the yet-to-come, between cultural identities and a truly global technological existence.
Read more

By 2050, 68 percent of the global population will live in urban areas, according to UN projections. Though urbanization comes with significant challenges, it also presents great opportunities. The density that characterizes most cities supports an extraordinarily energy-efficient system of living.

With emerging technologies we have the opportunity to make sustainability a baseline consideration in urban development. However, a transformative approach to the built environment will come with an awareness of the cultural, social, political, economic, and historical factors that determine life in the city. We strive for buildings that are highly innovative, transparent in function, and conscious of resource use. We approach sustainability holistically, using new technologies not only to find solutions to energy problems but to reimagine urban centers as places that sustain and regenerate themselves.
Read more

We collaborate with a variety of experts and create productive relationships between architects, landscape architects, urban planners, engineers, manufacturers, artists, writers, and researchers. We work as a multidisciplinary team, engaging in discussions and following new ideas.

This enables us to integrate technological and material solutions across many platforms: 3-D printing, construction, research, and manufacturing.
Read more

Additional engagement occurs through organizational memberships and involvement with the greater architectural and art communities, with institutions that provide critical resources for architects and designers and shape the direction of architectural thinking and research.

These include the AIA New York, the Architectural League of New York, Storefront for Art and Architecture, the Van Alen Institute, the U.S. Green Building Council, Design Austria and the Austrian Federal Chamber of Architects and Chartered Engineering Consultants.
Read more 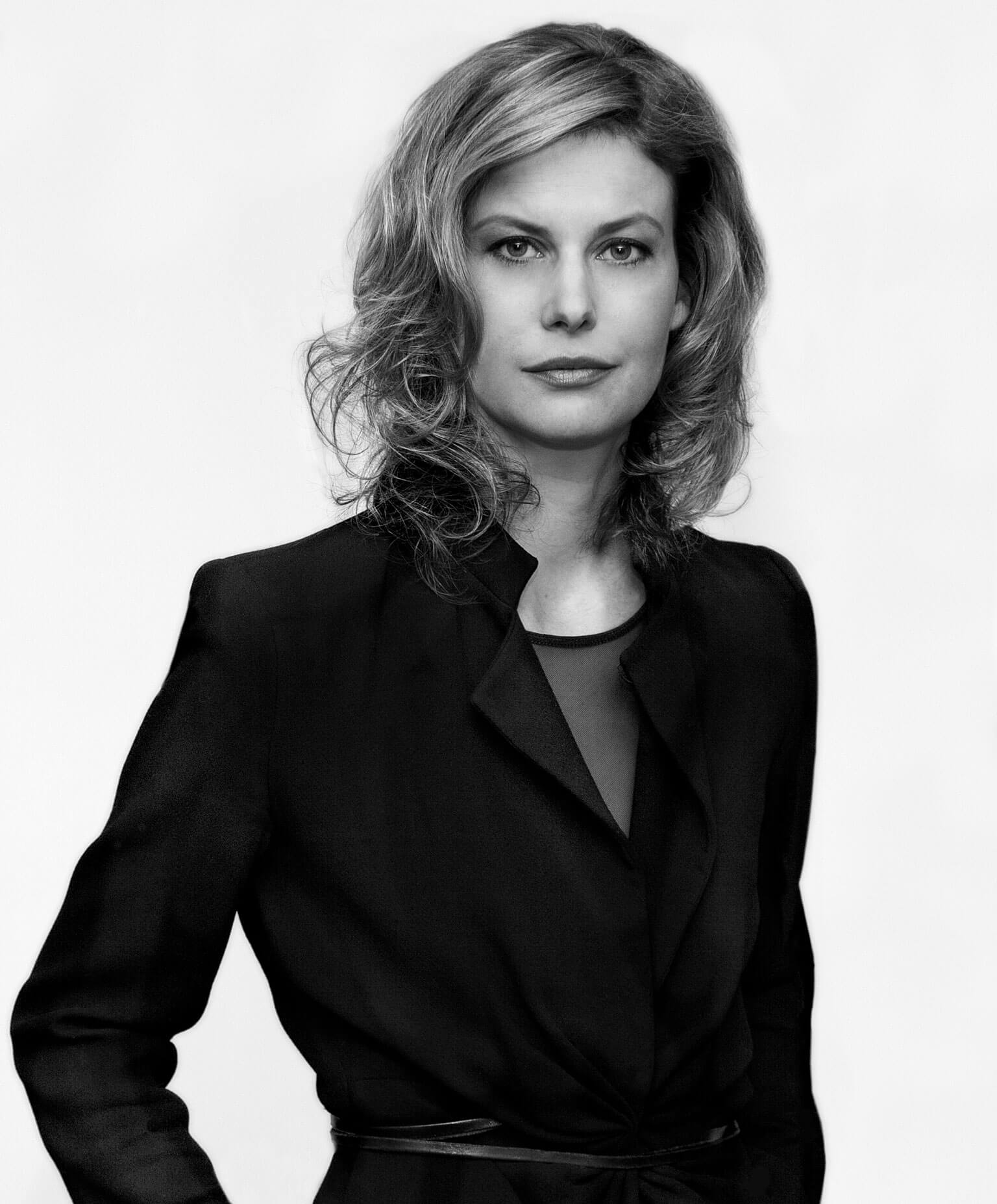 Bettina Zerza is the founder and principal of ZERZA, an international architecture, urbanism, and design firm. The practice is driven by her passion for innovation and her vision for a sustainable future.

Inspired by strategies and practices of contemporary art, she envisions an architecture that responds to the particular requirements and challenges of each site and its specific historical, cultural, social, economic, and political parameters.

With more than twenty years of professional experience, Bettina Zerza provides strategic design direction from concept to realization. She is an advocate of innovative technologies, research, and the use of new materials and methods in construction.

Bettina Zerza received her master’s degree in architecture from the Graz University of Technology, in Graz, Austria. She continued her studies as one of the few selected international visiting students at the Irwin S. Chanin School of Architecture, the Cooper Union, New York, where Peter Eisenman and John Hejduk were among her professors. Before her architecture studies, she attended the Salzburg International Summer Academy of Fine Arts, studying painting with Giselbert Hoke and Emilio Vedova.

Before establishing her own practice, she worked for Porr AG, one of Europe’s largest construction companies, where she realized large-scale, groundbreaking buildings, including the Florido Tower in Vienna and the Warsaw Towers in Warsaw, Poland. She has practiced with Asymptote Architects, New York, and with Claudio Silvestrin Architects, London, among other firms.

Bettina Zerza’s work has been internationally recognized and widely published and exhibited in institutions such as the Museum of the City of New York; the Museum of Applied Arts, Vienna; the New Museum, New York; the BMW Guggenheim Lab, in New York; and the Kulturforum, Berlin.

She continues to engage with art and culture projects beyond architecture, contributing to publications and exhibitions. She also lectures regularly at international conferences and is a frequent guest critic at universities. Through her commitment to her own firm and her involvement in art and architecture organizations, Bettina Zerza is a crucial voice shaping current discussions about the built environment for the 21st century and beyond.

She is a registered architect in New York State and in all member states of the European Union. She is a member of the American Institute of Architects, the Architectural League of New York, the Van Alen Institute, the Storefront for Art and Architecture, the U.S. Green Building Council, and the Austrian Federal Chamber of Architects and Chartered Engineering Consultants.

We are a passionate team dedicated to realizing our clients’ ambition, combining advanced technology and research to redefine the built environment. As a multidisciplinary team, we collaborate with engineers and a variety of experts, sparking discussion and engaging in new ideas.

We deliver integrated design solutions to today’s challenges, resulting in buildings that are innovative, sustainable and purposeful. Through conceptual thinking and the process of design, a labor intense, research-led way we encourage deep engagement and careful consideration of materials, innovative technologies, typography and urban interactions. 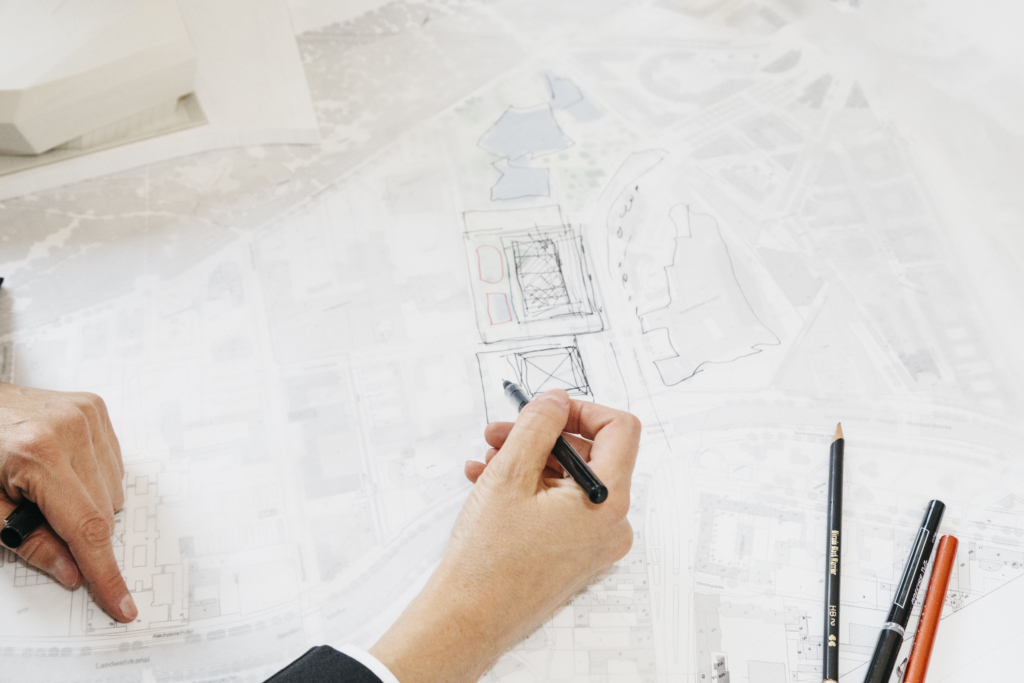