Angewandte_Neu was an invited competition for the expansion of the University of Applied Arts Vienna, known colloquially as die Angewandte, one of the premier educational arts and architecture institutions in the world. The brief required an addition of an area of 7,000 m2, with the fundamental integration of the campus into the urban fabric of Vienna, while considering its location within the context of Ringstrasse and the historic City Center, a World Heritage Site as defined by UNESCO.

Conceptually the proposal aims to restore the autonomy of the two existing buildings by removing the connective wing between the Karl Schwanzer–Eugen Wörle Wing and the Heinrich von Ferstel Wing. In collaboration with Morphosis Architects, the proposal was the singular Honorable Mention following entries by Wolfgang Tschapeller, Coop Himmelb(l)au, and Susanne Zottl / Eric Owen Moss.

The design is the result of a systemic and integrative layering of a series of dynamic relationships inherent in the project: preserving the integrity of the historical campus while advancing the autonomy of the school and its contemporary agenda, honoring the historical urban context while establishing an educational prototype for the 21st century, and encouraging productive engagement with the community at large while providing the programmatic requirements necessary for a state-of-the-art educational facility. At the urban scale, the design creates a new public space in the form of an exterior courtyard, woven into that of the adjacent MAK Museum, allowing a seamless connectivity with the campus.

The building addition is defined by a “vertical mixing space,” which combines vertical circulation and a public atrium in order to act as a “fulcrum,” or a socially oriented pivot that encourages student movement between floors and therefore the breaking of routine habit. It begins on the workshop and theater levels, extending as a staircase through the library, connecting then to the main lobby and cafeteria, penetrating the upper office and studio levels, and finally terminating at a café above the sixth-floor studio. The repeated yet differentiated overlapping of spaces promotes dynamism and flow within the scheme. 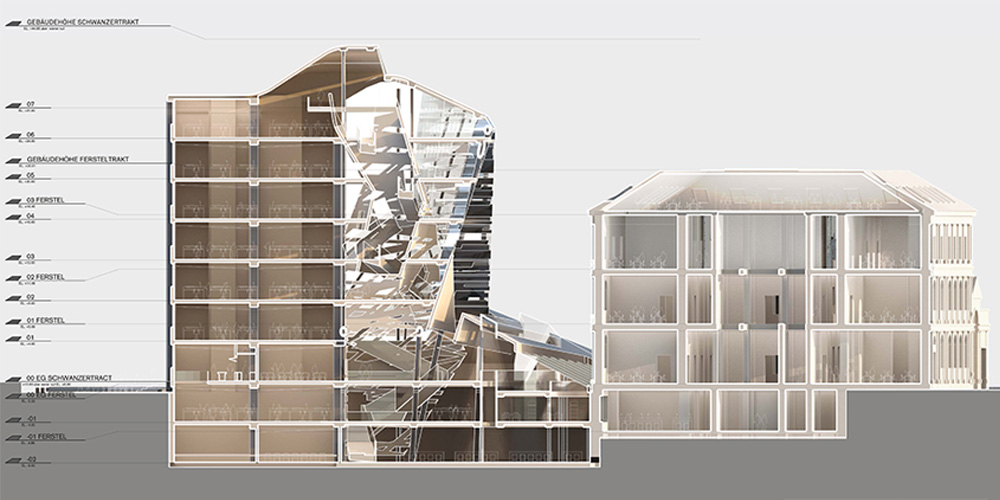 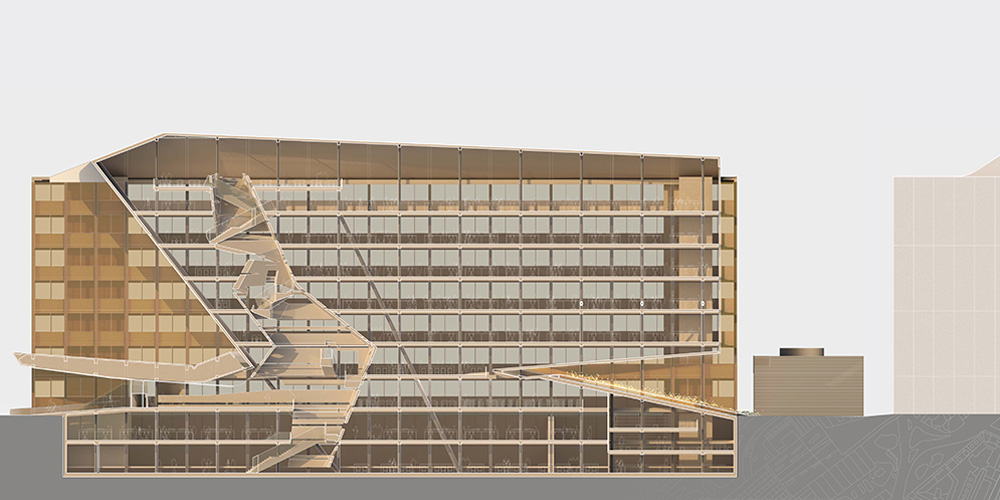 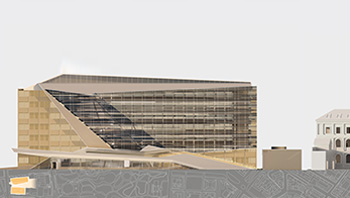 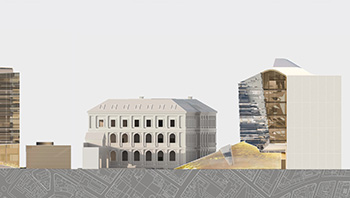 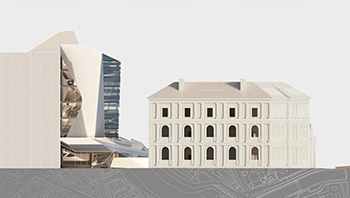 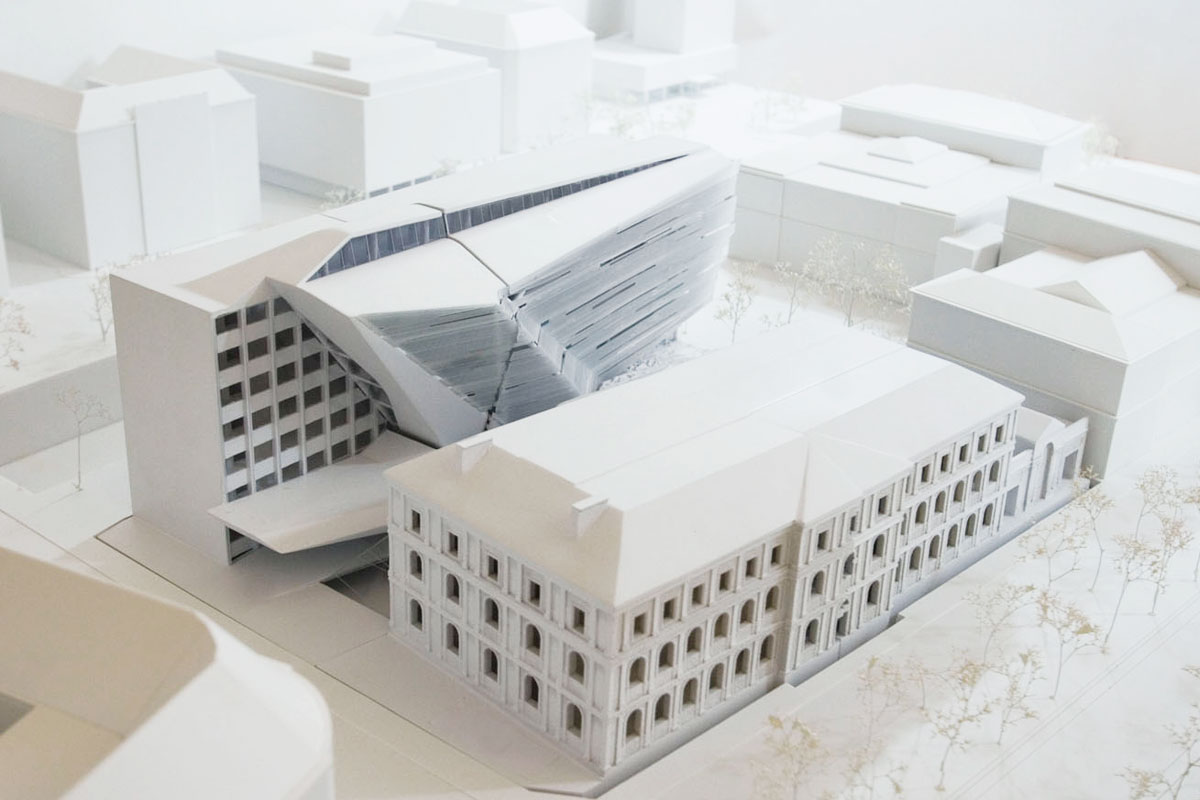