In New York, the Canal Street Triangle offers visitors a spatial experience that is simultaneously real and digital. Physical interventions and digital acts reciprocate across the site, each altering and reinforcing the experience of the other.

The gates integrate interactive technologies, lighting, media, and multidimensional graphic design. Selected gate elements act as digital kiosks, incorporating interactive screens and sensors so that the screens activate only when visitors approach. When not in use, the screens match the color of the gates and blend seamlessly into the environment.

At night, the gates serve as a digital media installation, creating a beacon for the city. The programmable screens offer an opportunity for the appearance of the site to shift as it reacts to events. Additionally, sensors can be added to help the city track foot traffic, air pollution, and other data to help Chinatown and New York as a whole become a smart environment.

We imagine our conceptual archway as a field of elements that directs visitors through the triangle, inviting them to pause and interact with the digital kiosks. It would provide opportunities to gather in larger or more intimate groups, sit under the trees and observe the neighborhood.

Historically, gateways have served an important function in Chinatowns across the world, with large, decorative paifang gates acting as iconic markers that announce entry into the neighborhood. A traditional gate implies an access point through a wall, a directional opening in a barrier between two zones. By fragmenting the traditional gate and expanding it into a series of elements, we create porous stitches joining Chinatown and Little Italy across Canal Street rather than a barrier separating them. As a mirror of the site’s overall constellation strategy, the approach arrays a constellation of gateways along the Canal Street Triangle, seeking to define a space for the neighborhood’s present and future by reconceptualizing a historical form.

Currently, the Canal Street Triangle serves mostly transitory functions. It operates as an area to receive information, where visitors cluster around the map, then move on once they have oriented themselves. It becomes not just path but place by articulating both the ground plane as the site of human interaction as well as the overhead plane and a vertical edge. Transforming the triangle from sidewalk to amenity provides a new public space for the area, a gathering point where tourists and locals can sit and observe the neighborhood, socialize, and access digital information. 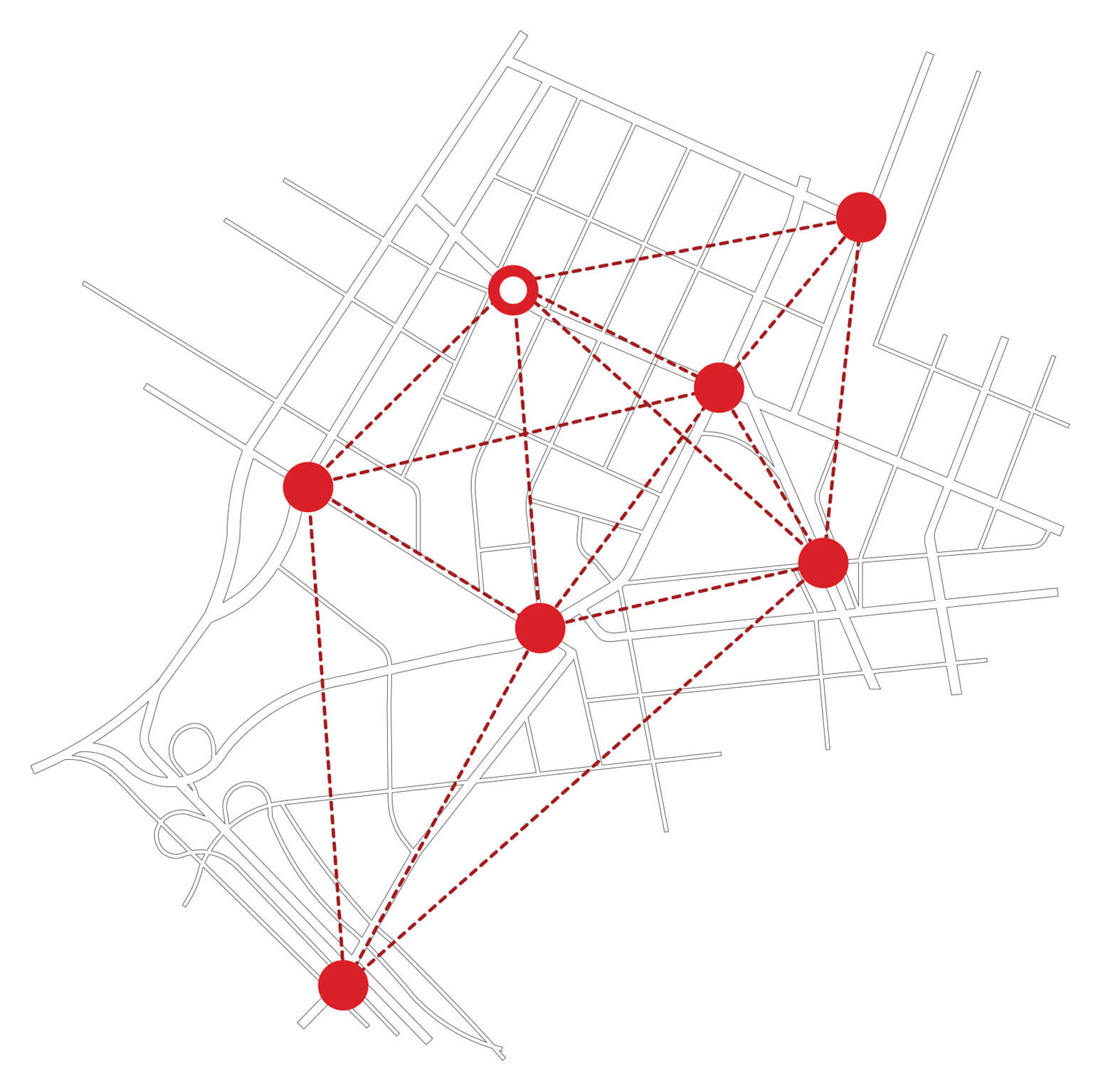 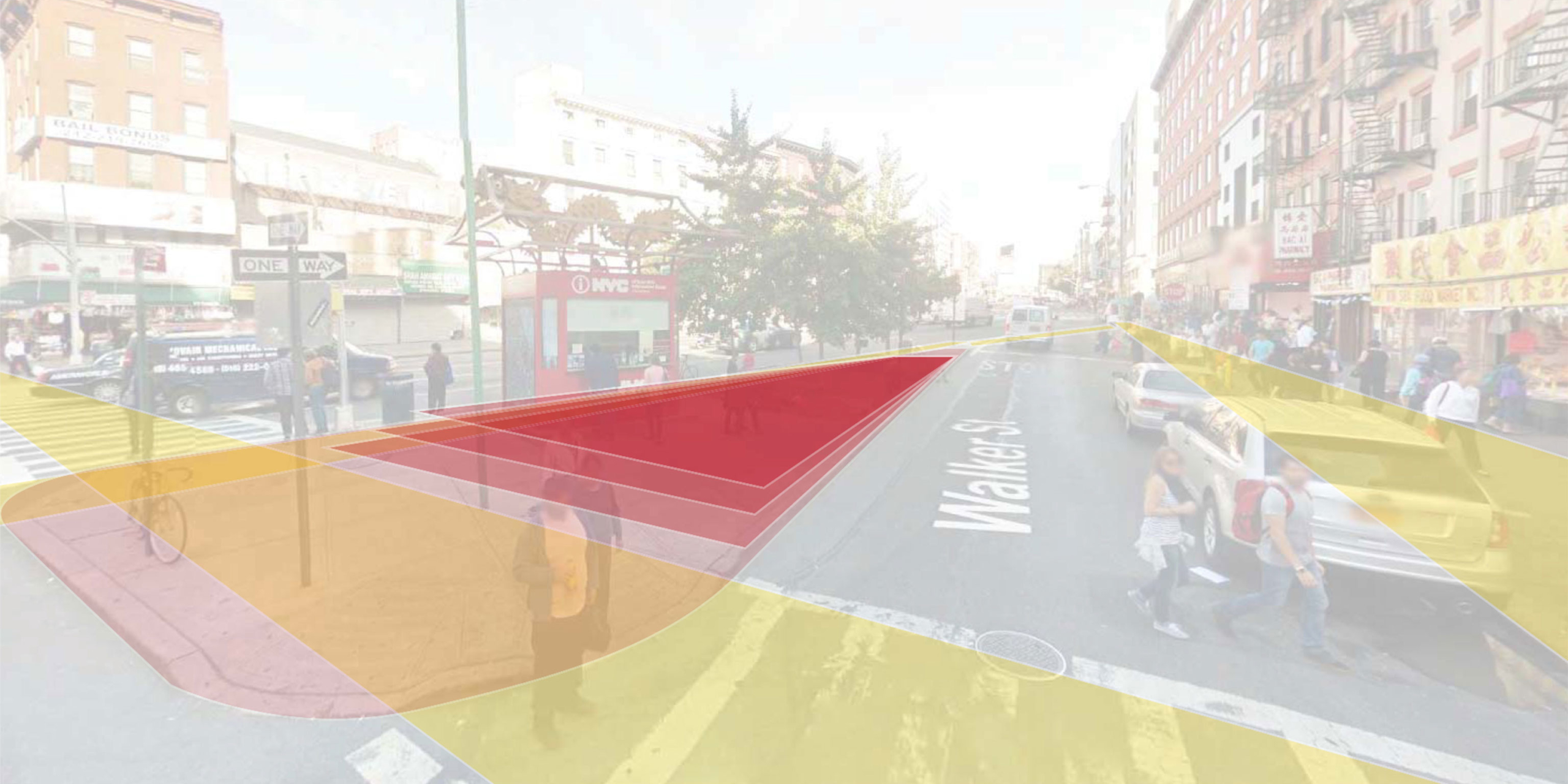 CIRCULATION AND TOPOGRAPHY DEFINE THE TRIANGLE 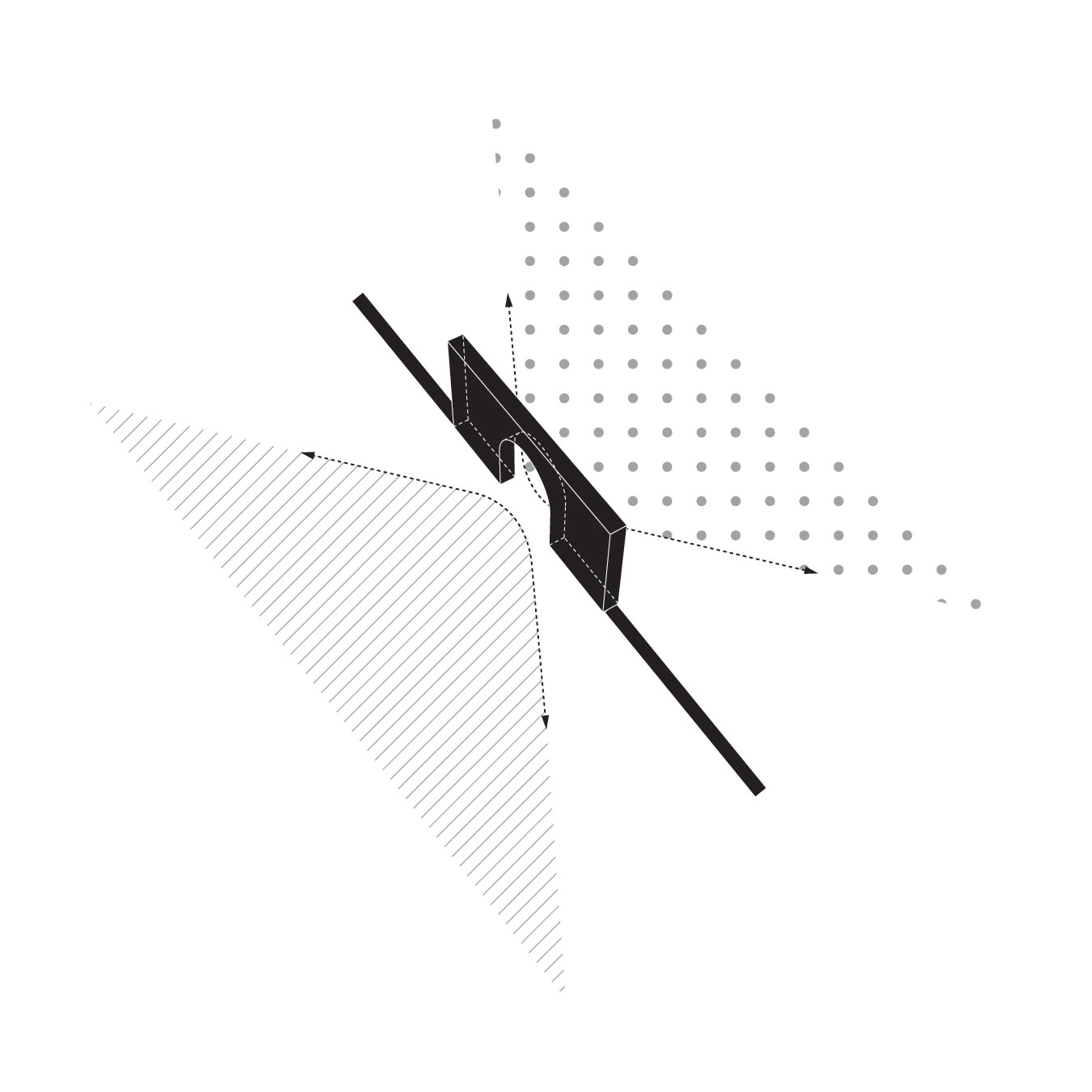 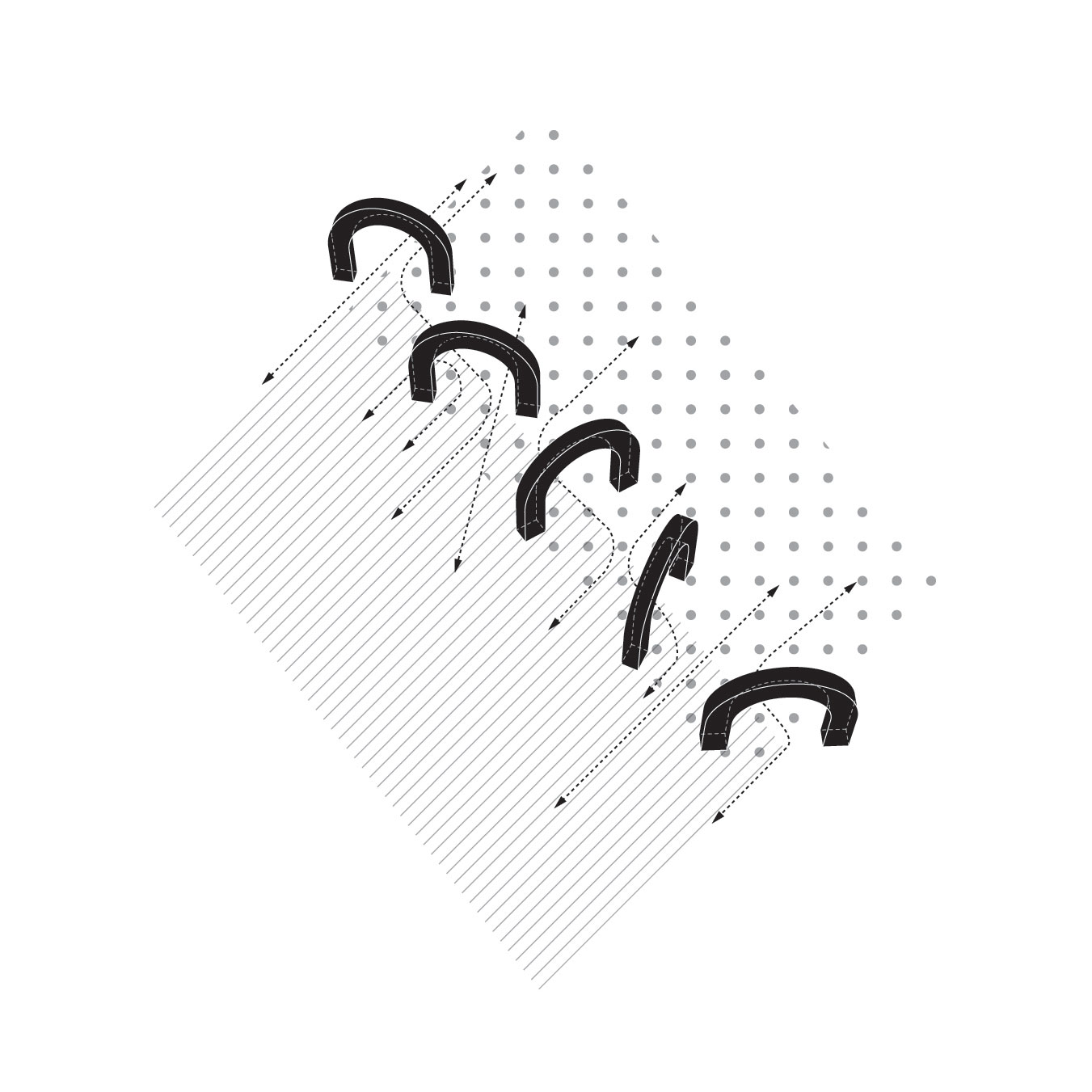 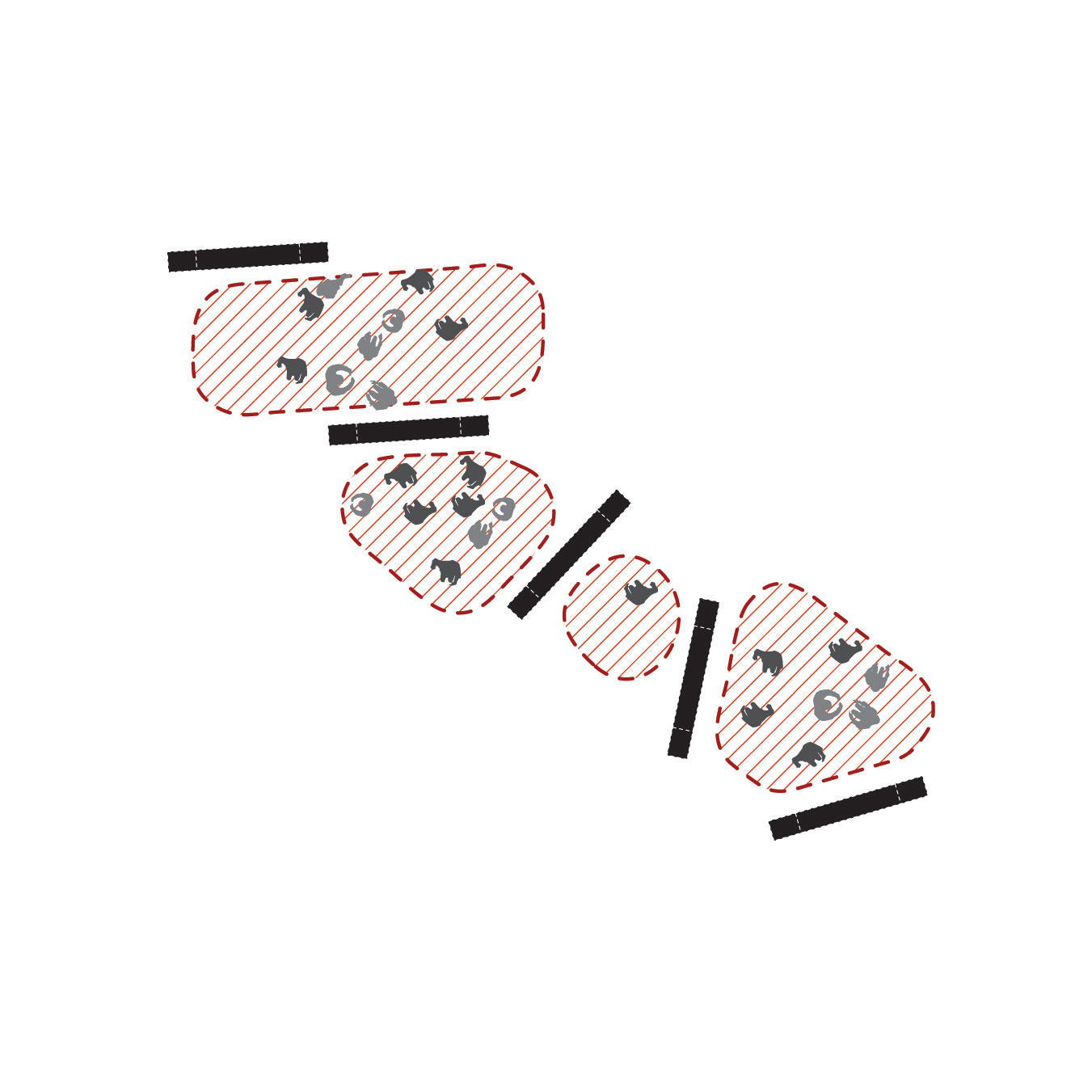 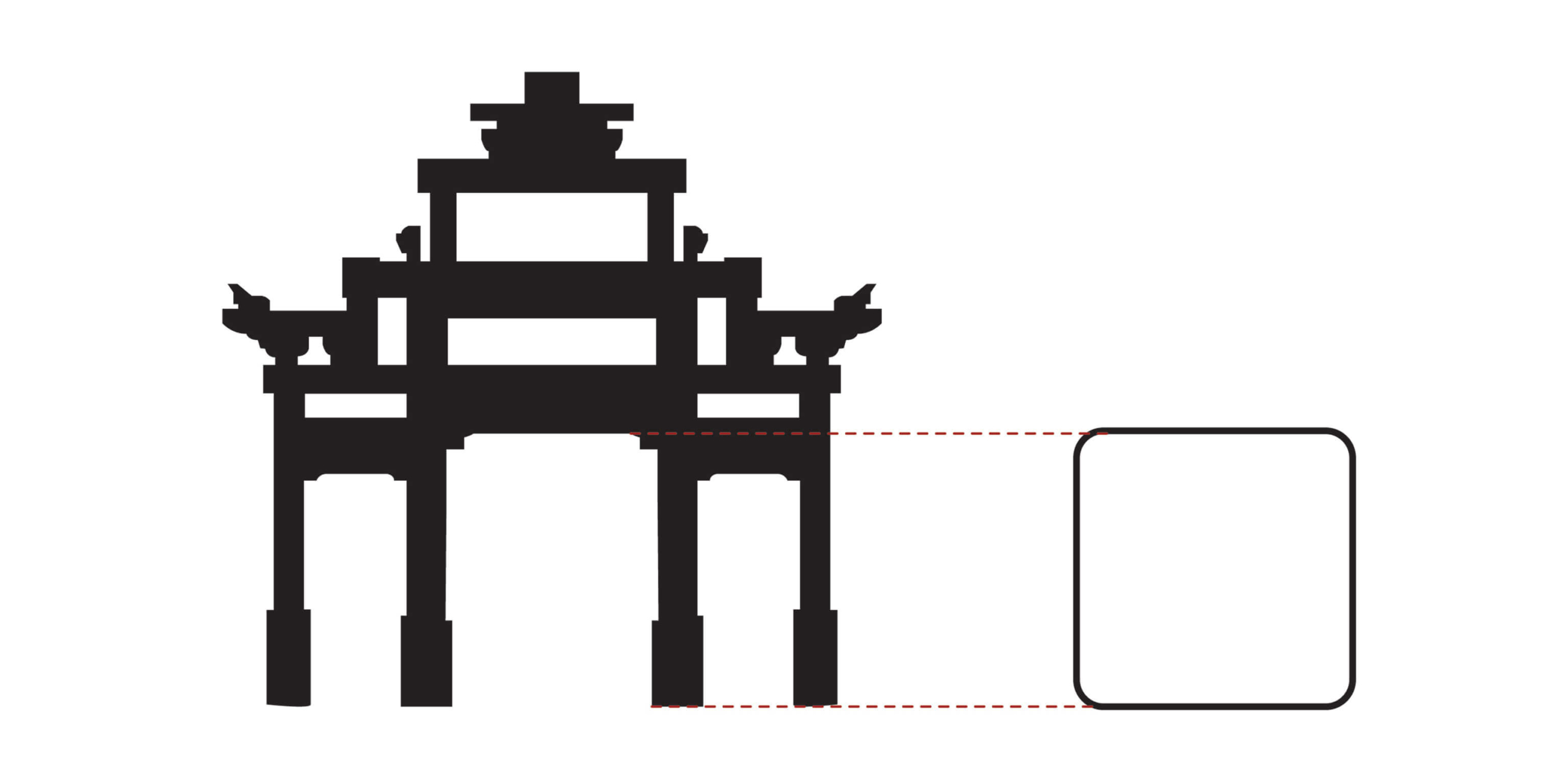 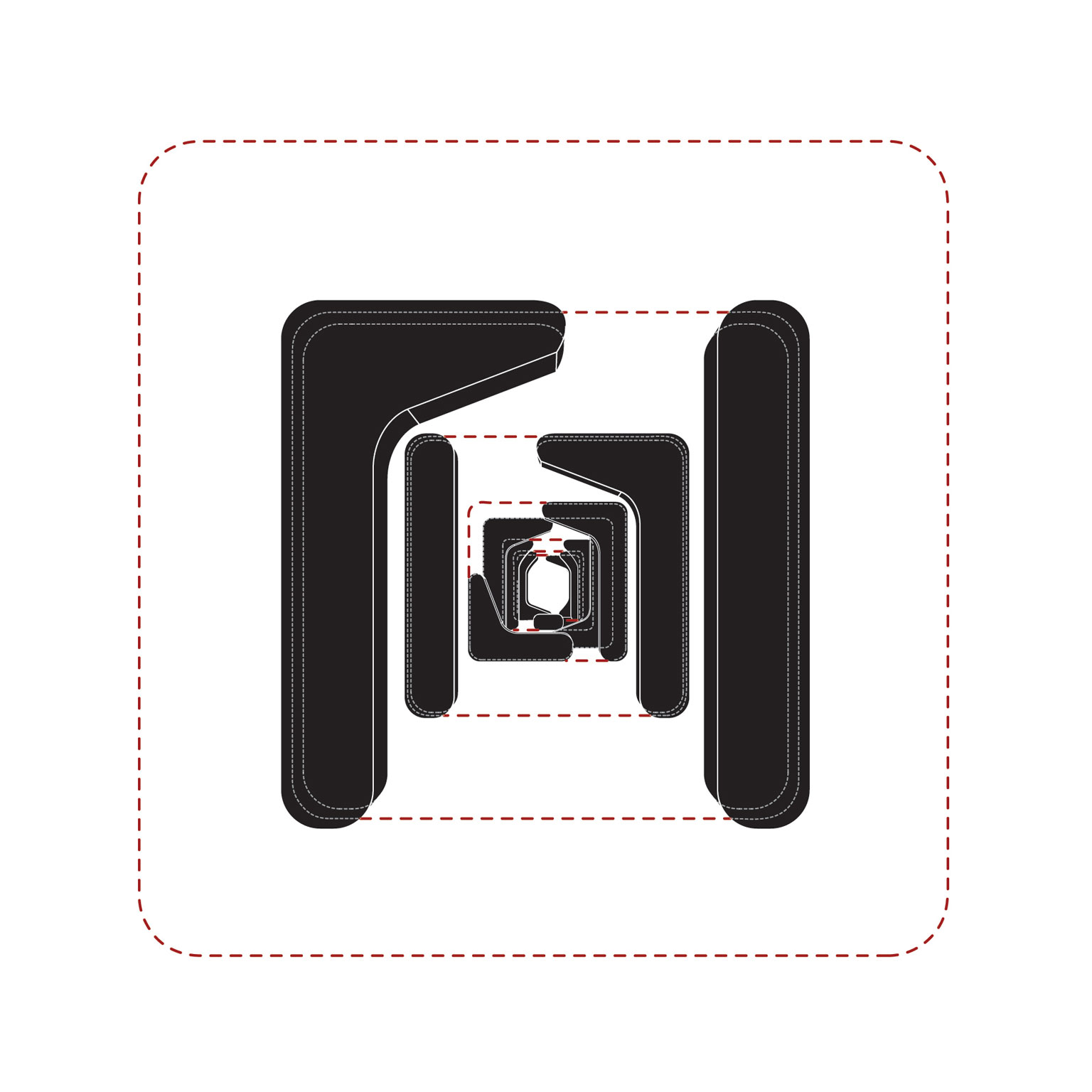 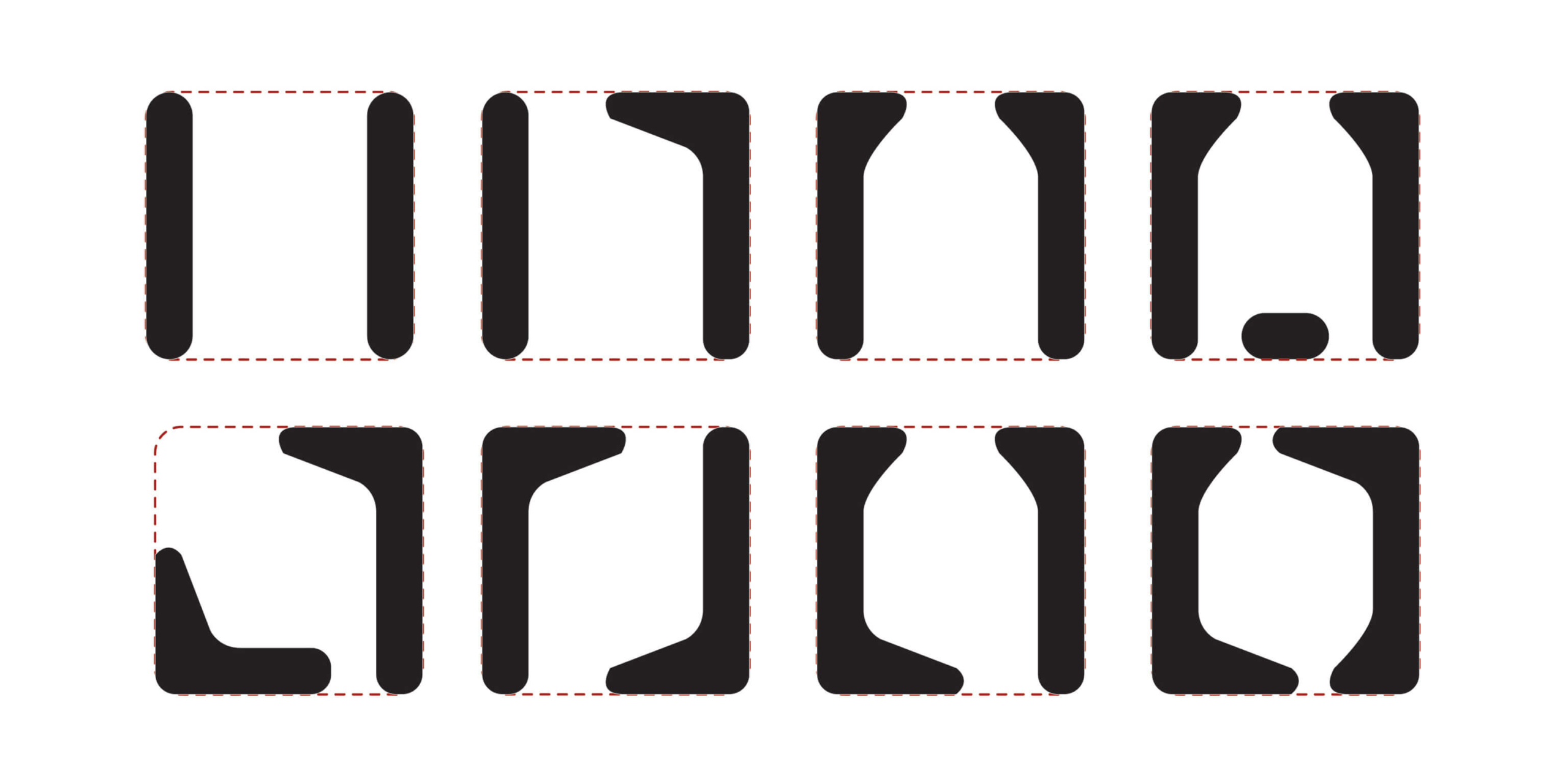 THE ELEMENTS FORM AN ALLEE 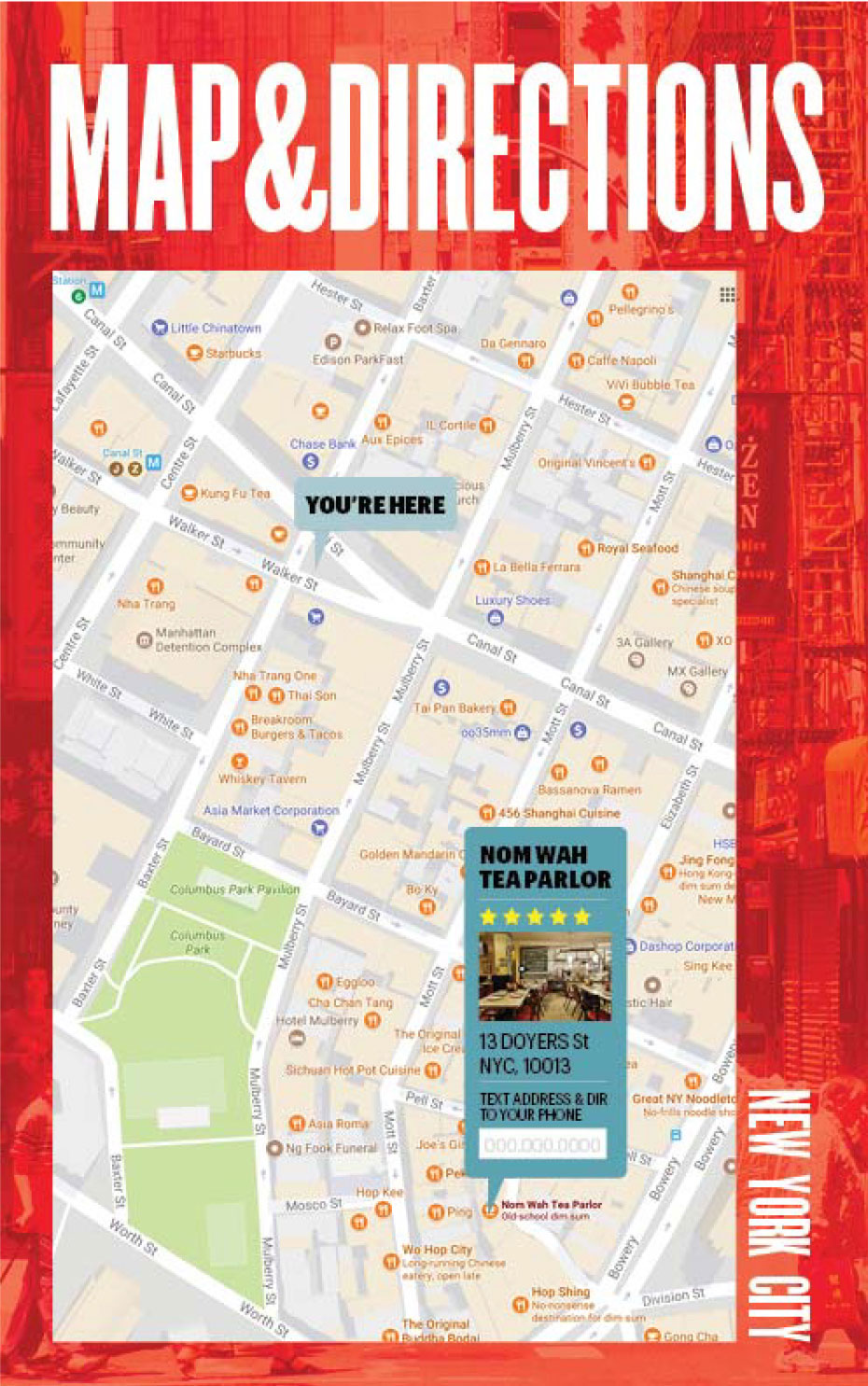 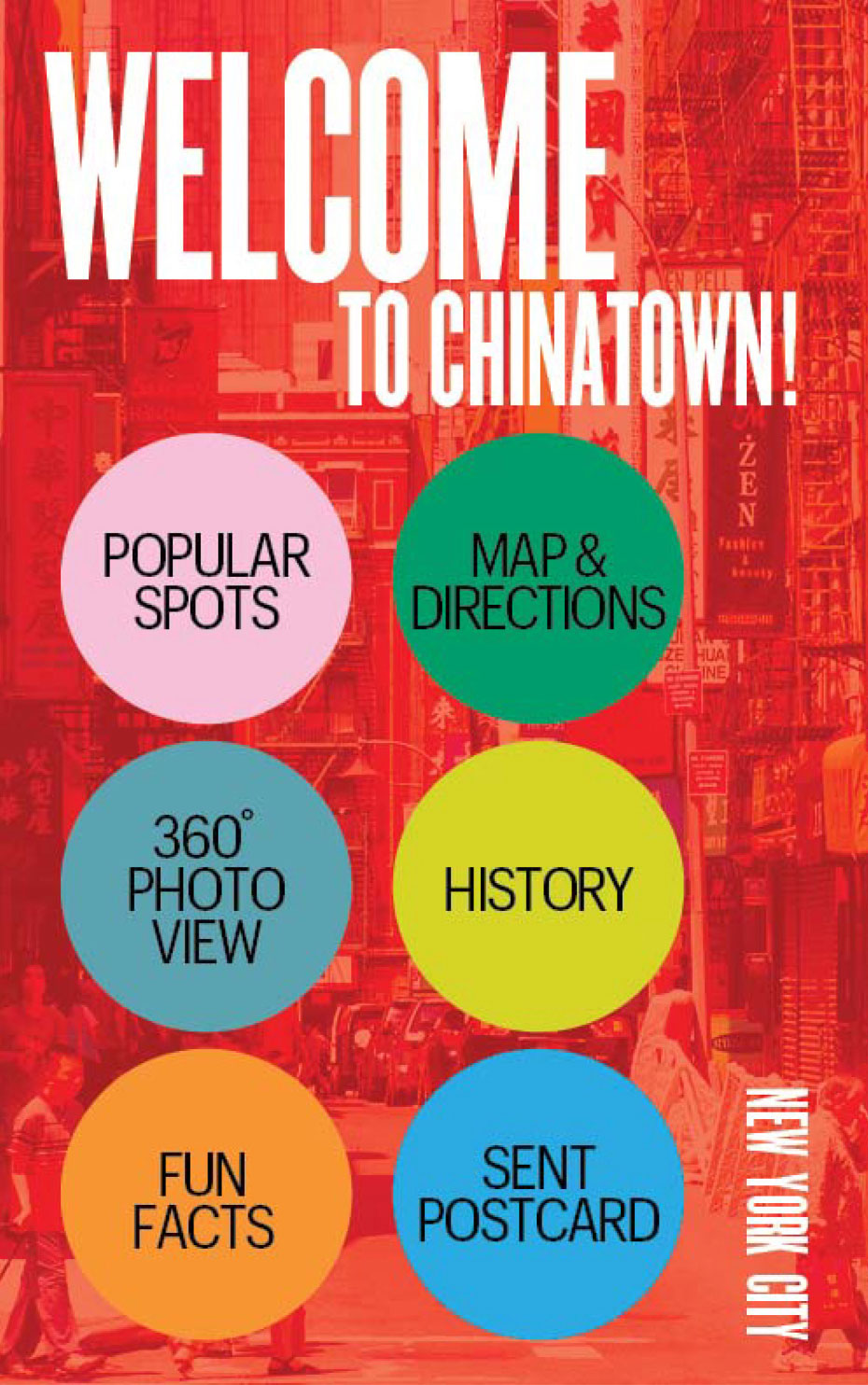 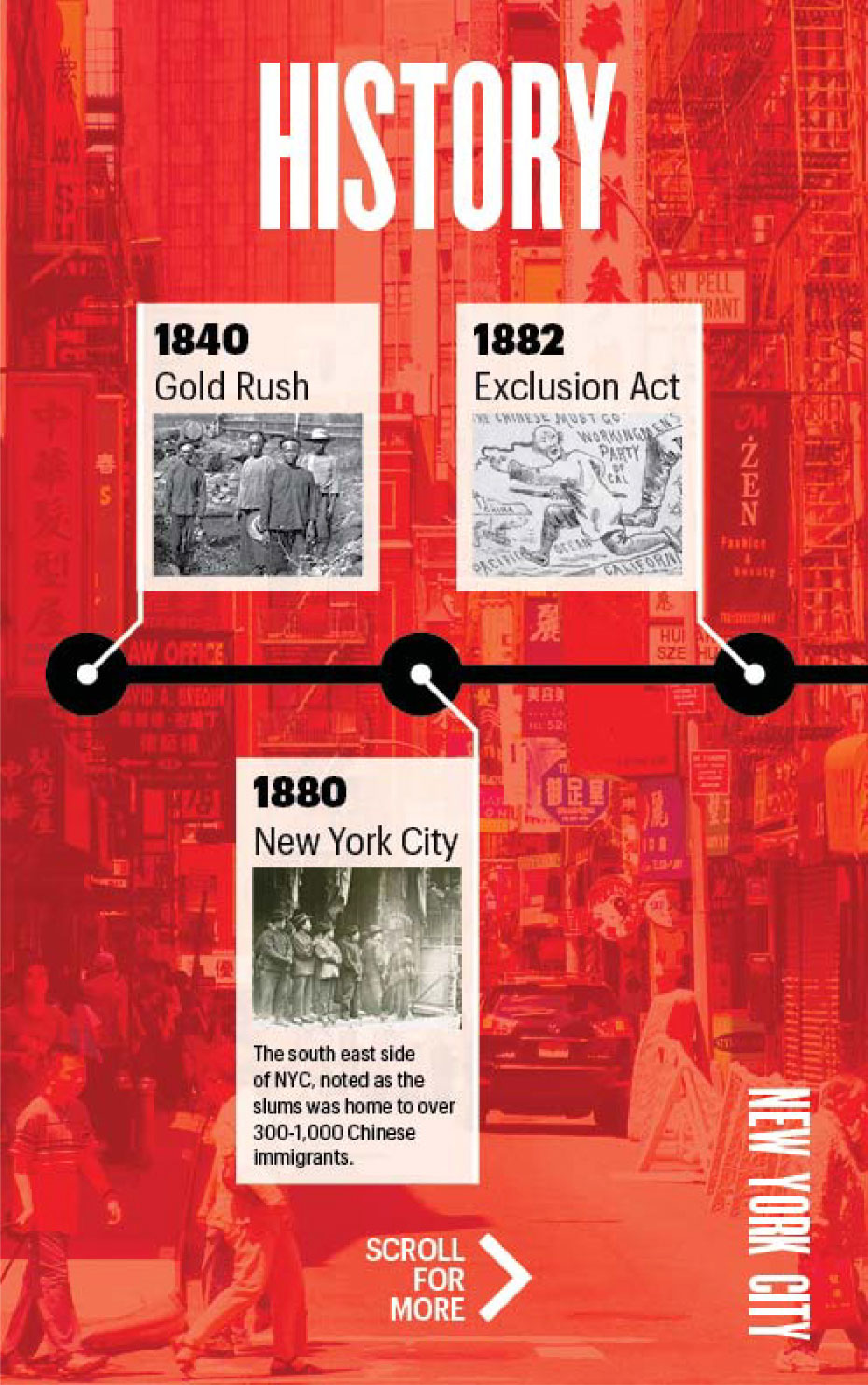 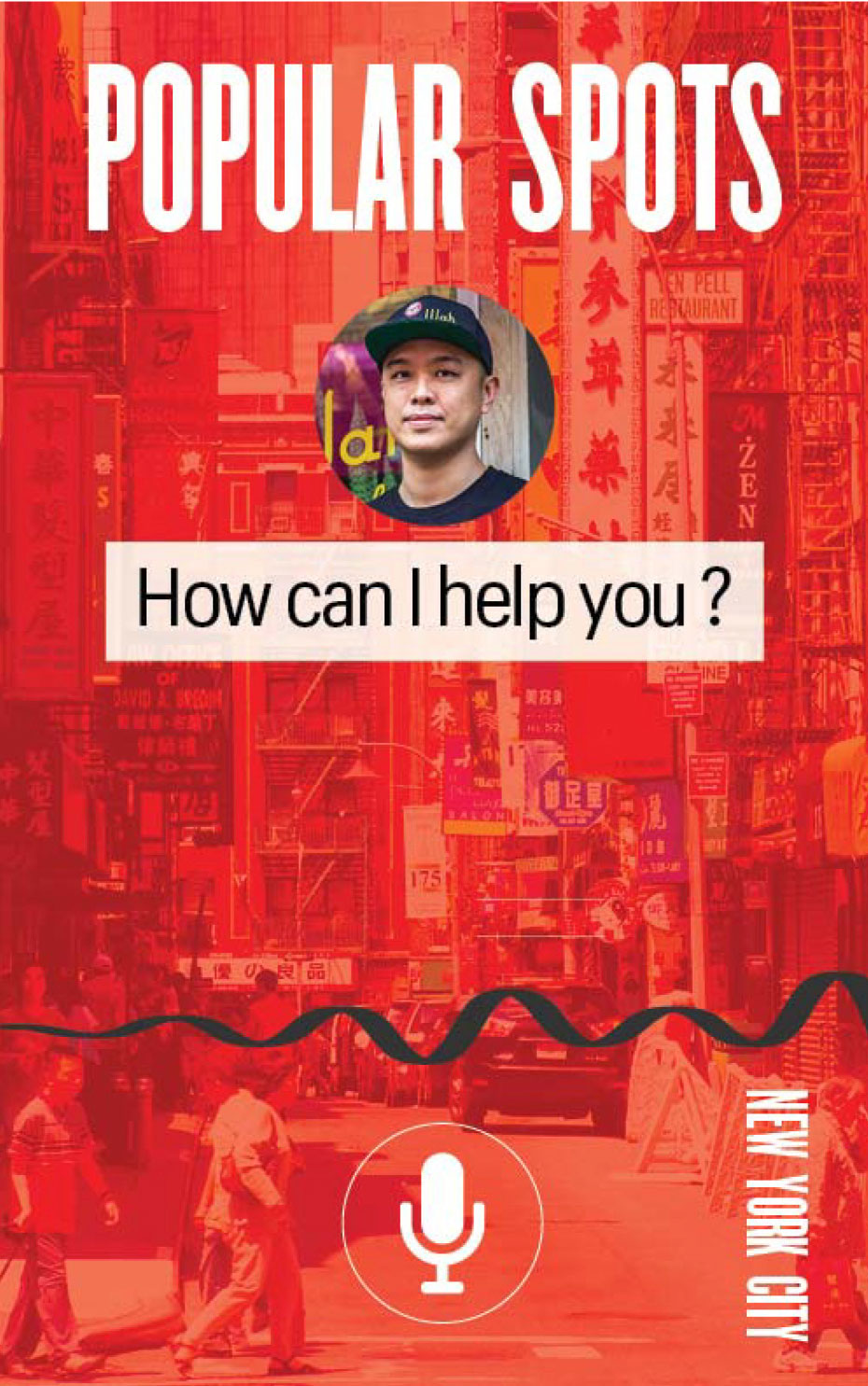 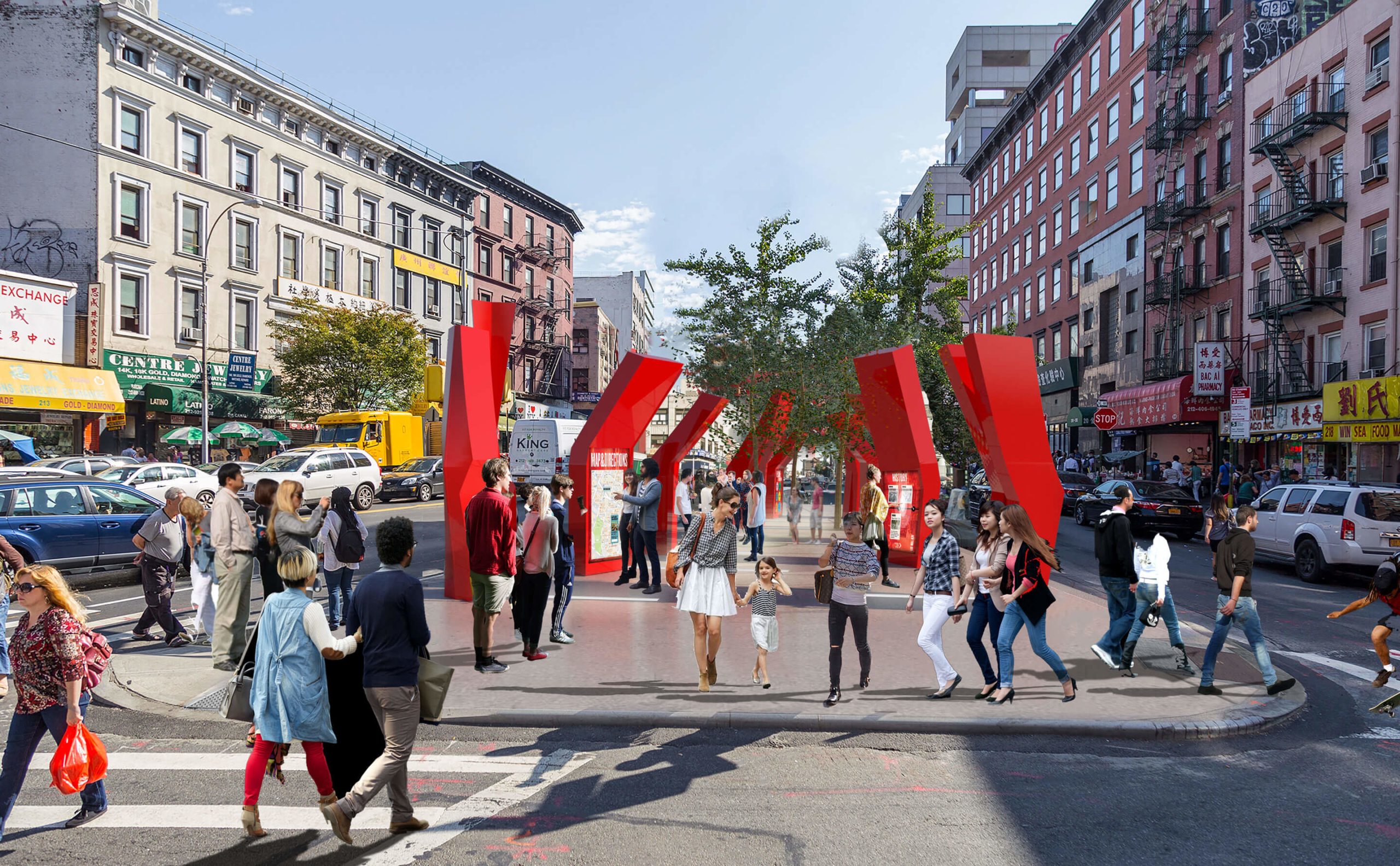 The Greatest Grid
Scroll to top