As the former loft of Gordon Matta-Clark, the top floor of 155 Wooster Street contains a significant historical connection to the pinnacle of the downtown art scene. Inspired by the artist and his work, specifically Anarchitecture and Conical Intersect, our design for the loft renovation and penthouse addition begins with excavation. By carving new connections through the existing roof to unite the spaces above and below, voids are created and then reprogrammed as circulation for both movement and light. These areas contain a vertical greenspace, a stairwell, and a sunken lounge area.

In contrast to the historic industrial character of the original cast-iron SoHo building, and the object-identity of the program interventions, the new elements composing the penthouse facade are lightweight and deceptively delicate. The slim glass sliding-system around the perimeter edge enables the corners to be free of columns, creating the illusion that the green roof above is floating, and expanding the panorama of the horizontal plane. This levitation through the removal of barriers between exterior and interior spaces allows a visual continuity between the penthouse and the cityscape beyond, letting them blend while preserving privacy through the presence of the botanical planting around the edges of the roof deck.

While celebrating its past and residing in the context of the urban present, the loft ultimately looks toward the future with its integrated technology and sustainability features. The latter exist in the aforementioned green roof, substantial energy efficiency, and gray-water capture; the former, in the provision of an embedded and flexible integration of technology “channels” and reconfigurable interior partitions, allowing for holographic projection and augmented- and virtual-reality integration. As these technologies advance and adapt, so shall the loft, and as the lines between city and dwelling are blurred, so might those between reality and imagination. 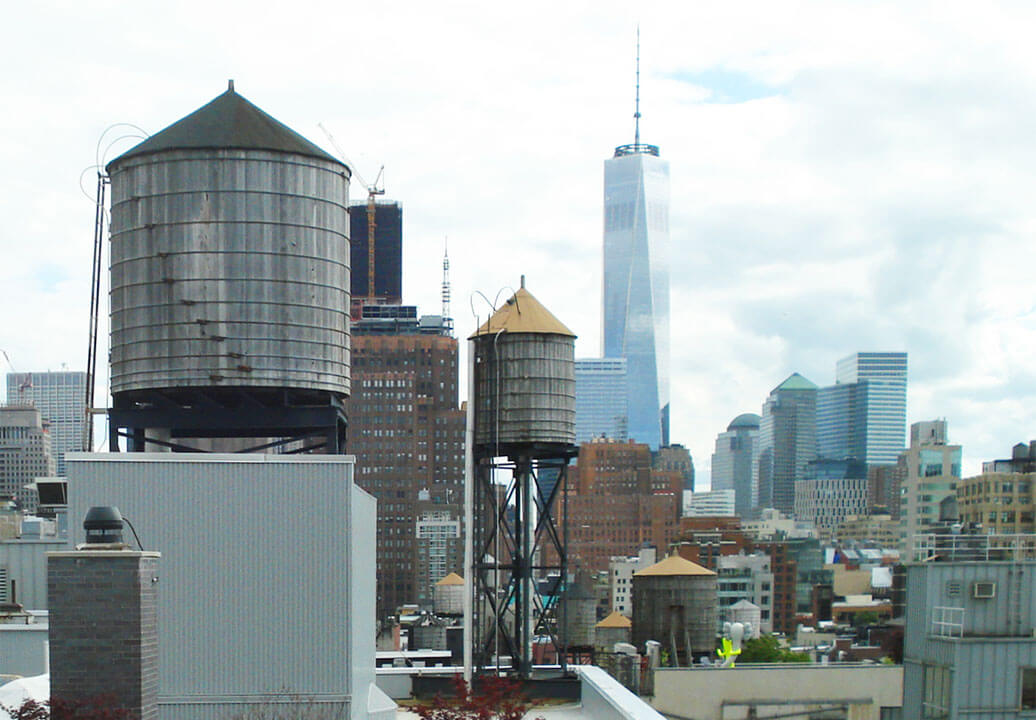 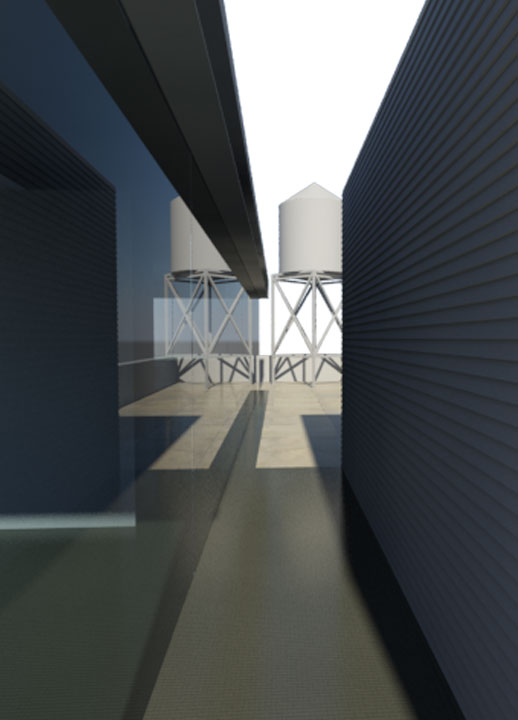 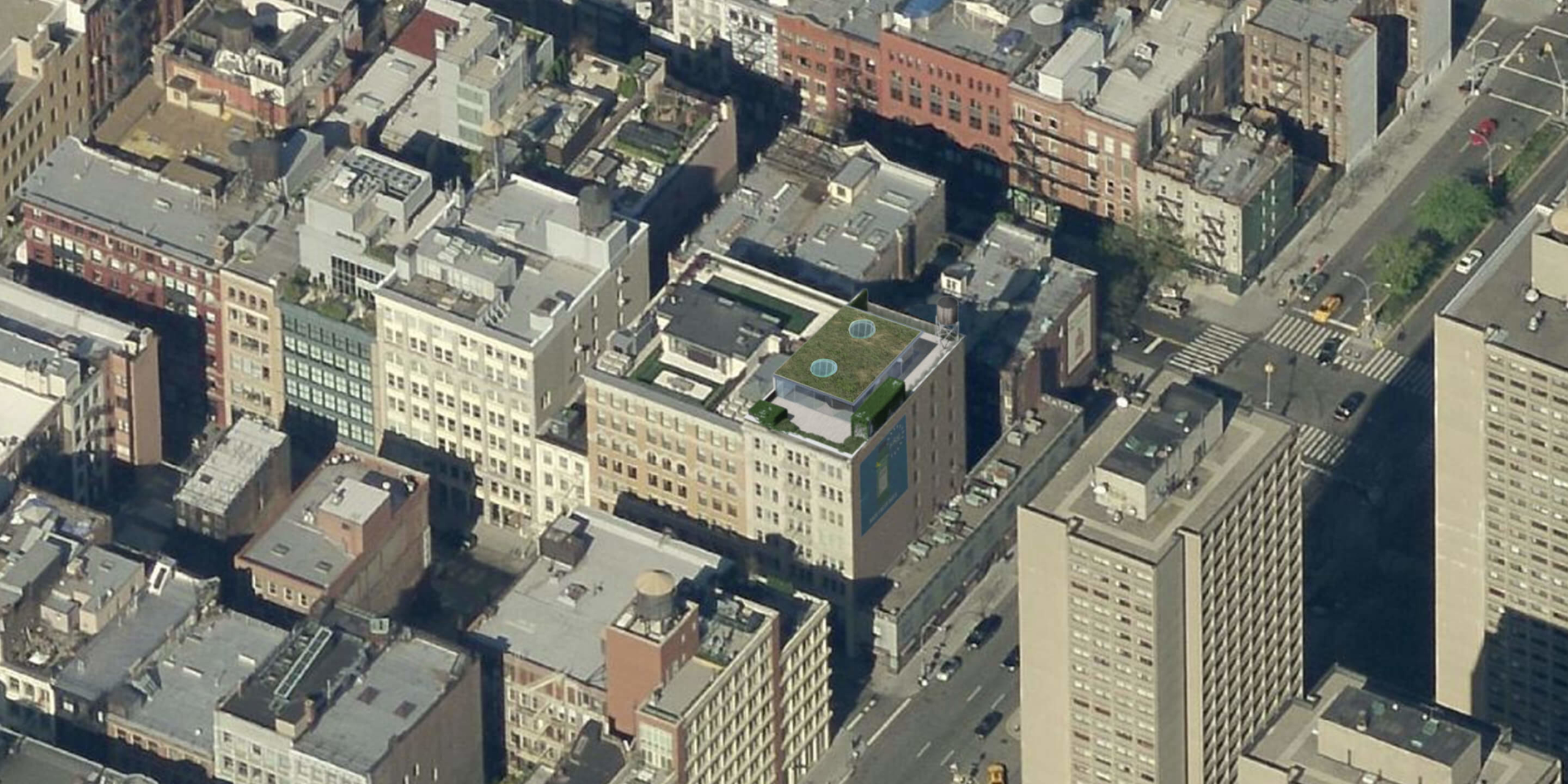 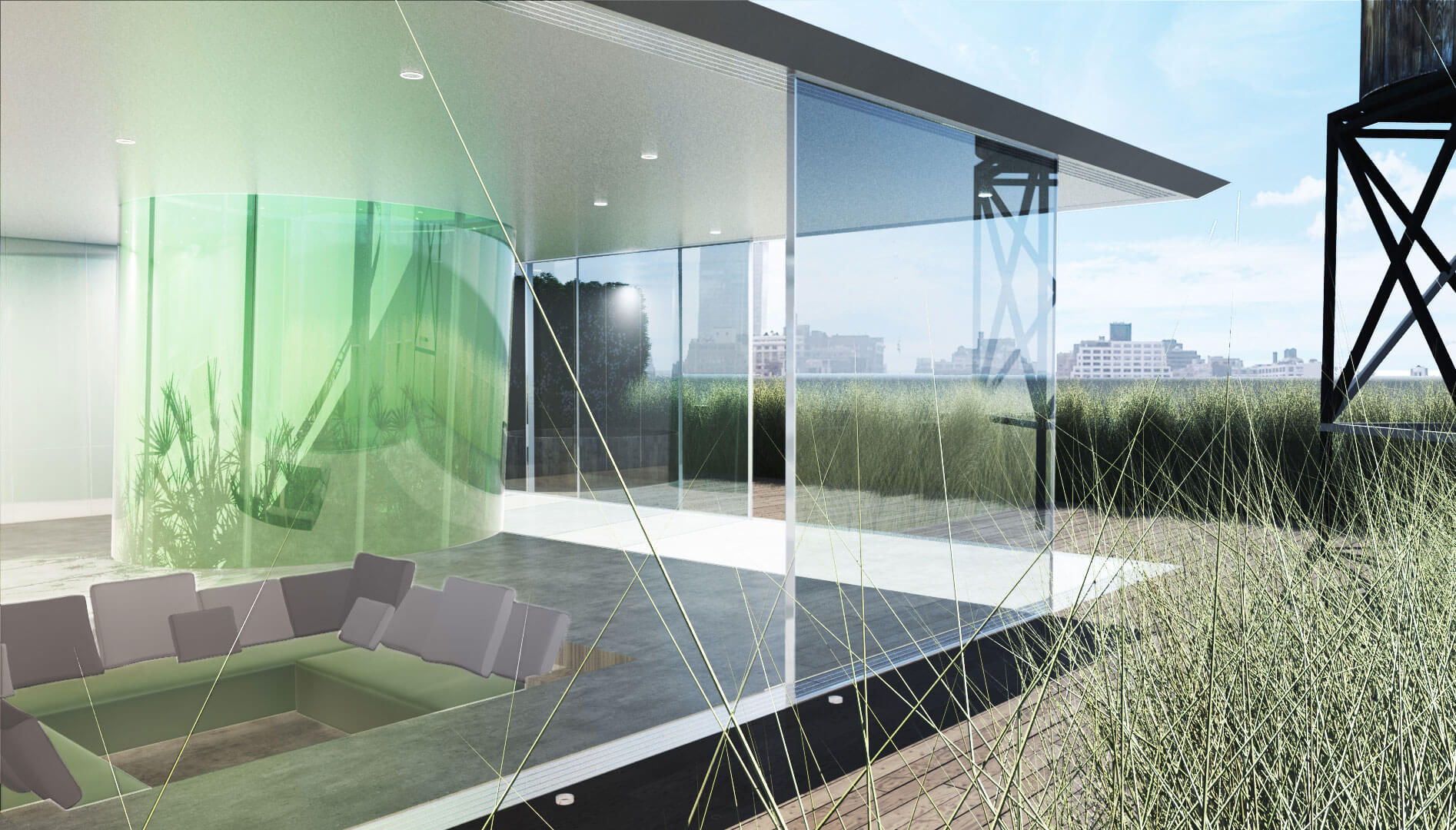 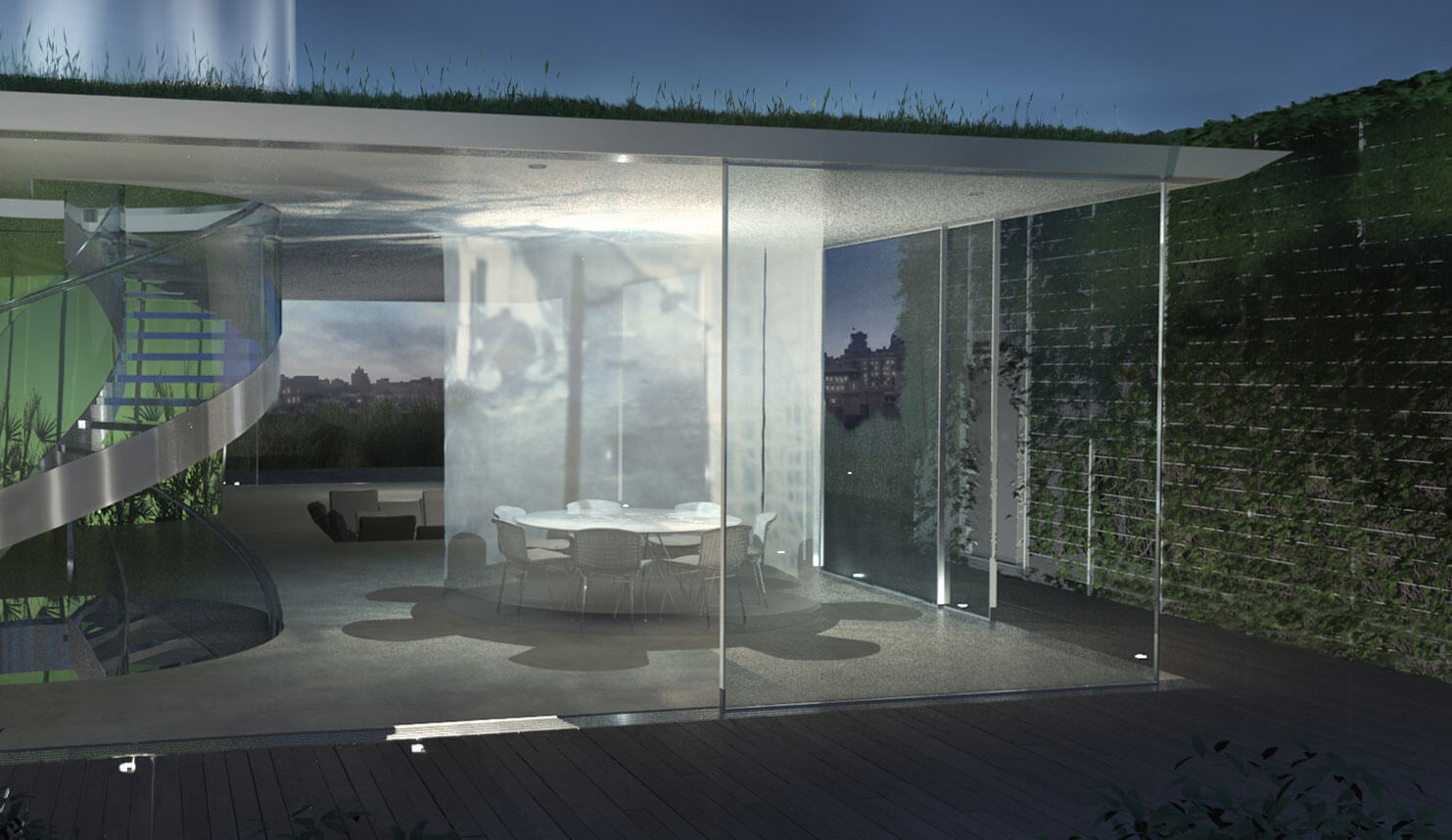 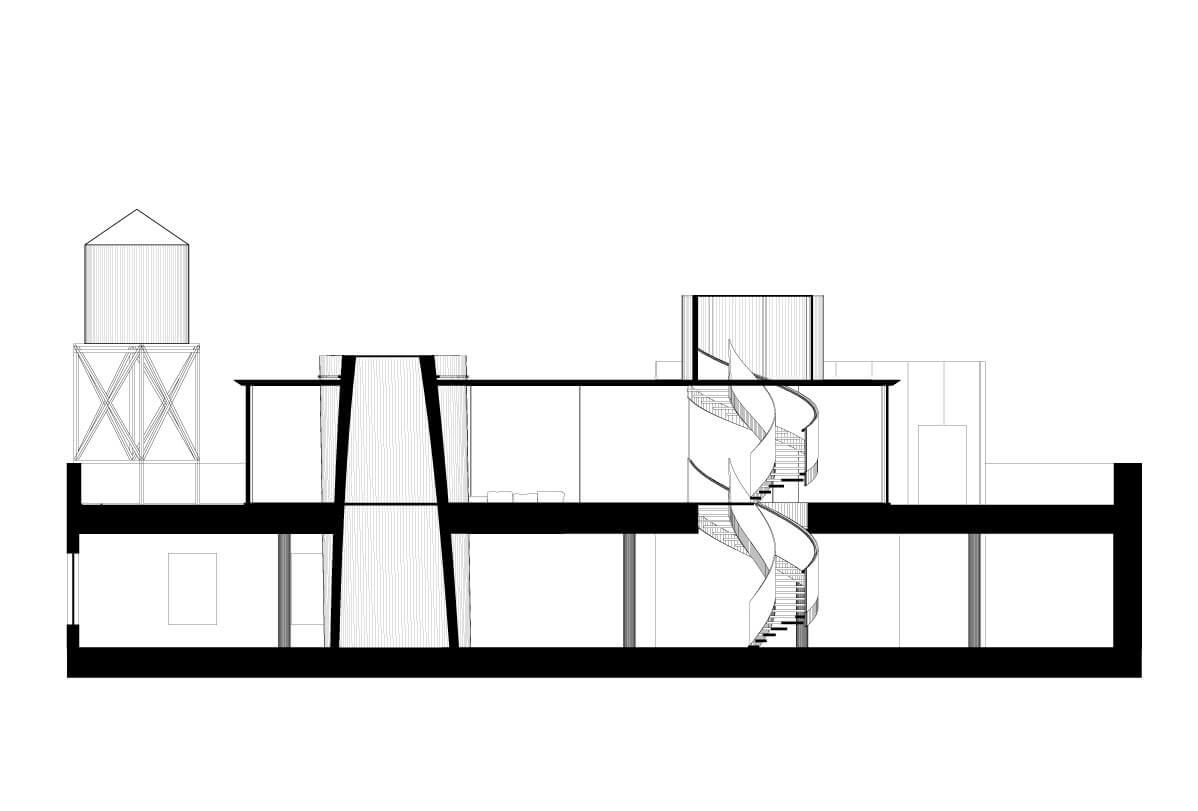 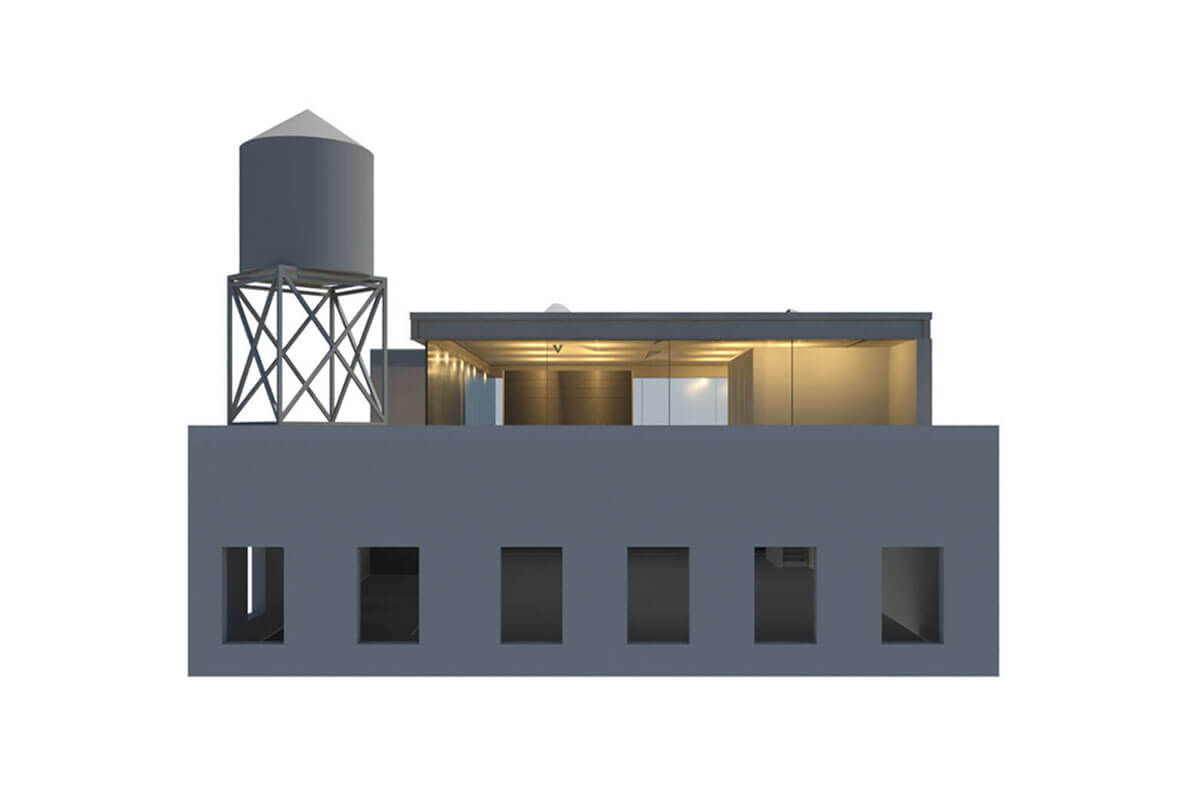