Zionskirchstraße is a proposal for the development of a six-story apartment building in the Prenzlauer Berg neighborhood of Berlin. Designed as an urban infill project to replace a structure destroyed in World War II, the project involved an intensive amount of research on the historical planning of the city as well as its contemporary zoning process, along with lighting studies that were presented to the Stadtentwicklungsamt Berlin, Pankow (City Planning Department of Berlin-Pankow) and the Bauamt Berlin, Pankow (Building Department of Berlin-Pankow).

Prenzlauer Berg, a portion of the Pankow district in northeast Berlin, was originally developed from a master plan designed by James Hobrecht in 1862.

It follows the Blockrandbebauung model, in which “closed blocks” composed of street-facing dwellings are located around the block perimeter, allowing the interior to remain open as courtyards and plazas, which are connected to the exterior by alleys. The vast majority of the buildings of the neighborhood were built before 1948, and many that were built during the Wilhelmine era at the turn of the 20th century reflect the predominant Berliner Mietshaus style. With more than 300 landmarked buildings in the district, the history and urban quality of the neighborhood have made it a popular destination, as well as important to the historical heritage of the city. With contemporary cultural institutions such as the AEDES Architekturforum and Studio Olafur Eliasson residing nearby, the area is host to an architectural and artistic community. 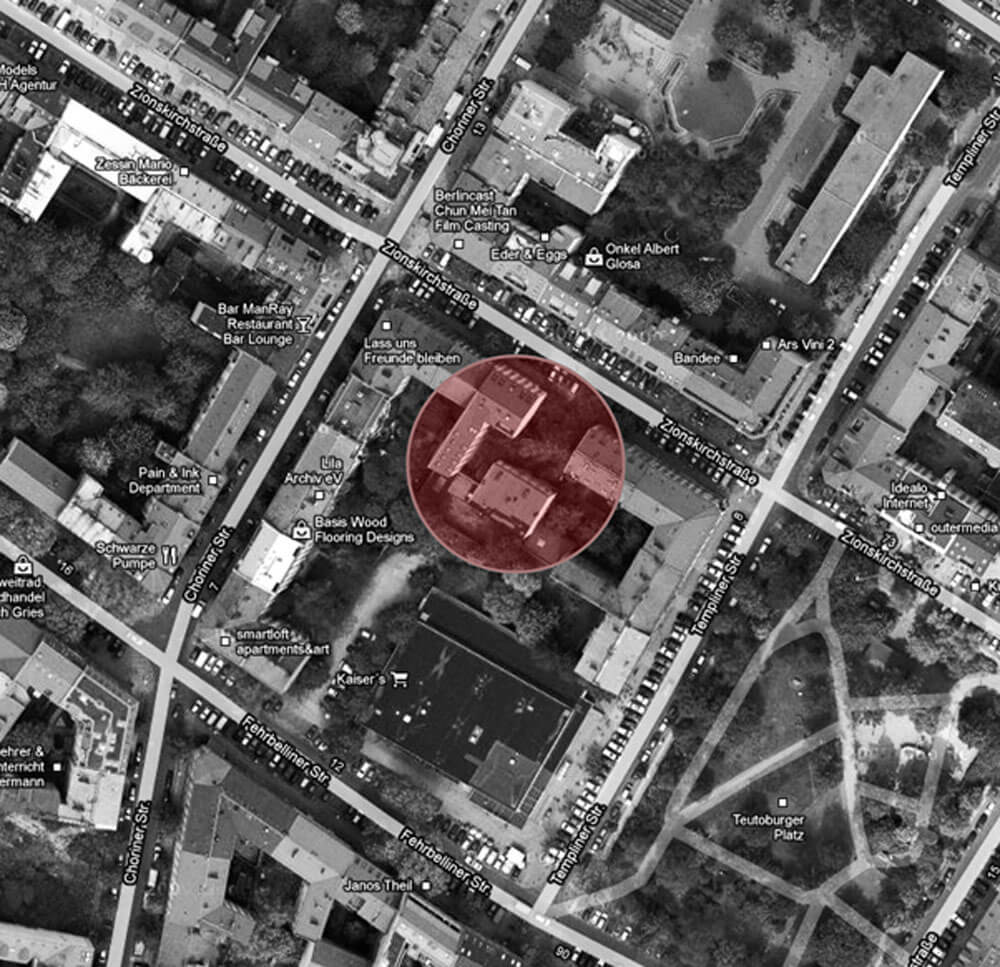 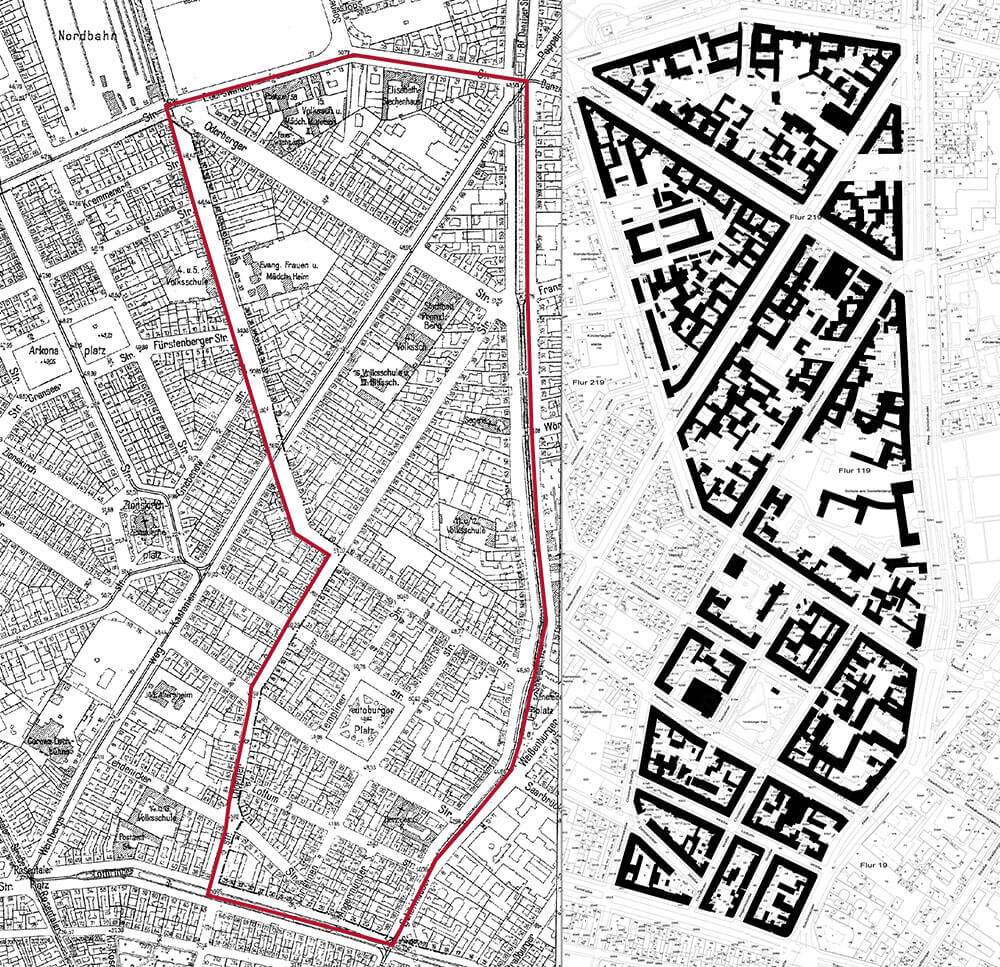 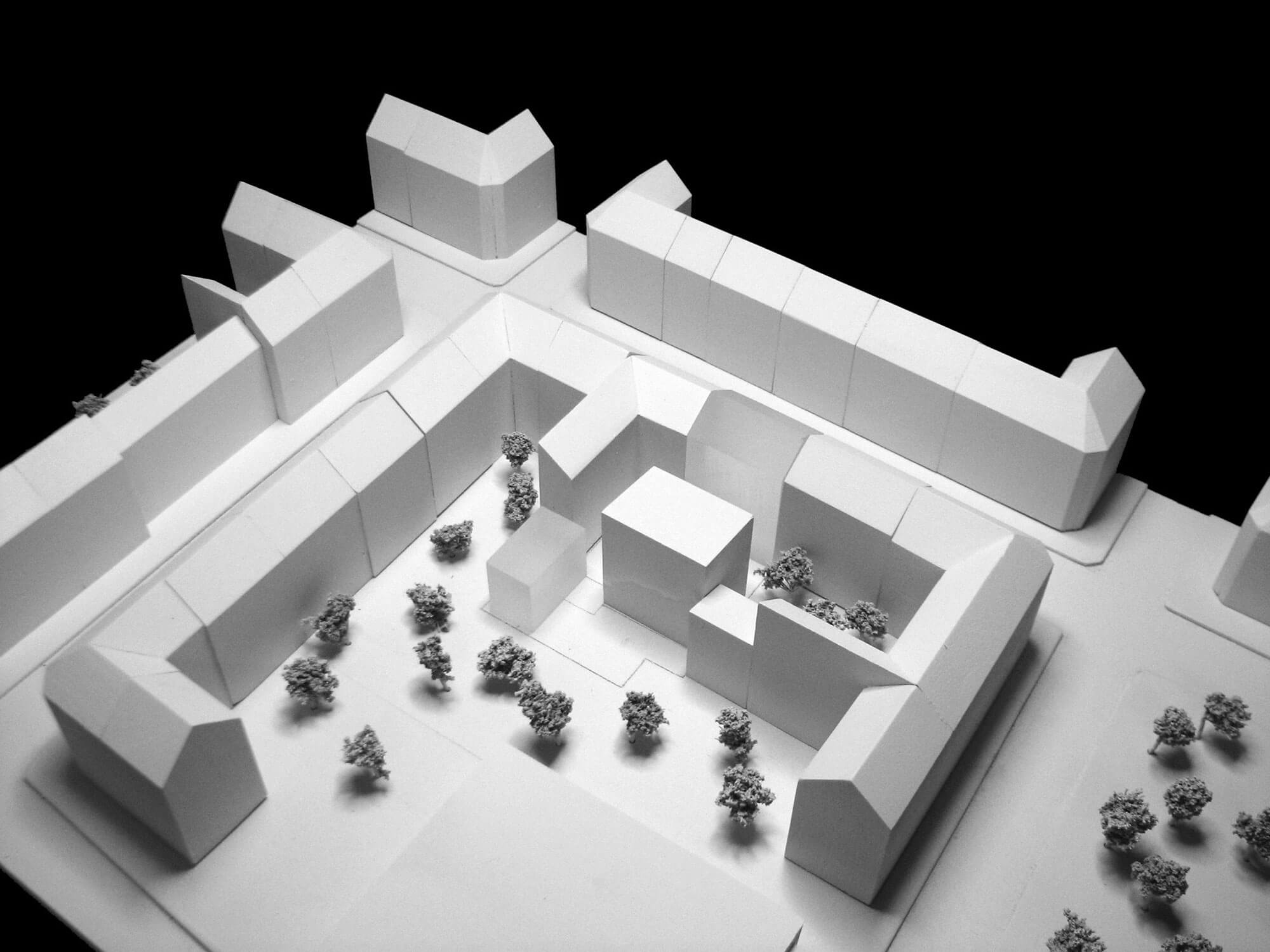 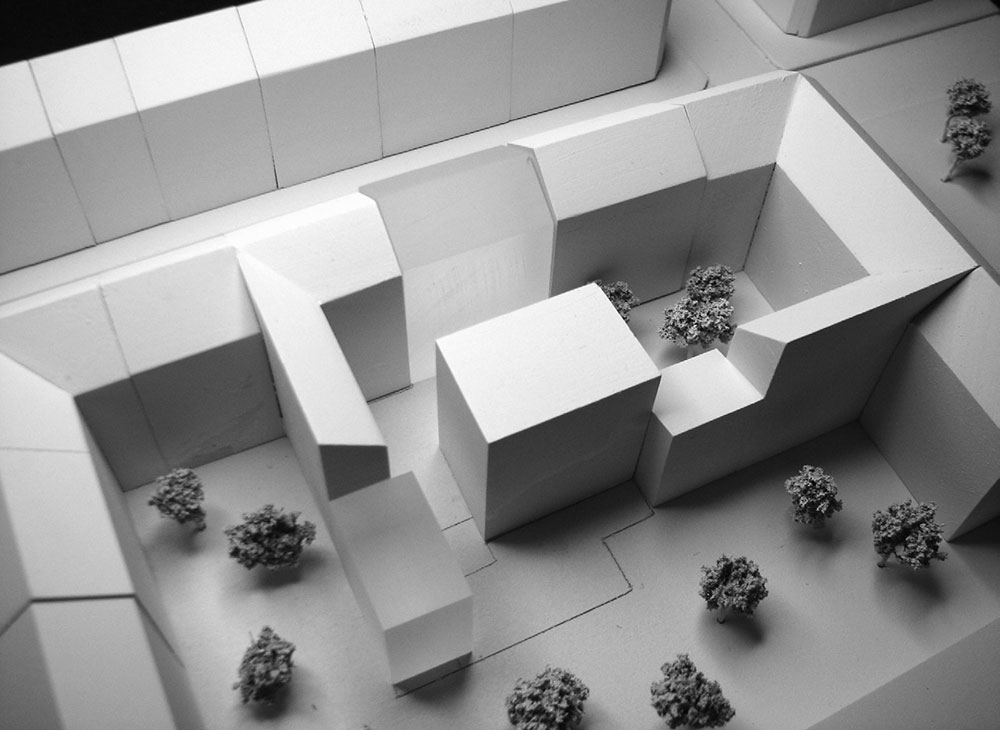 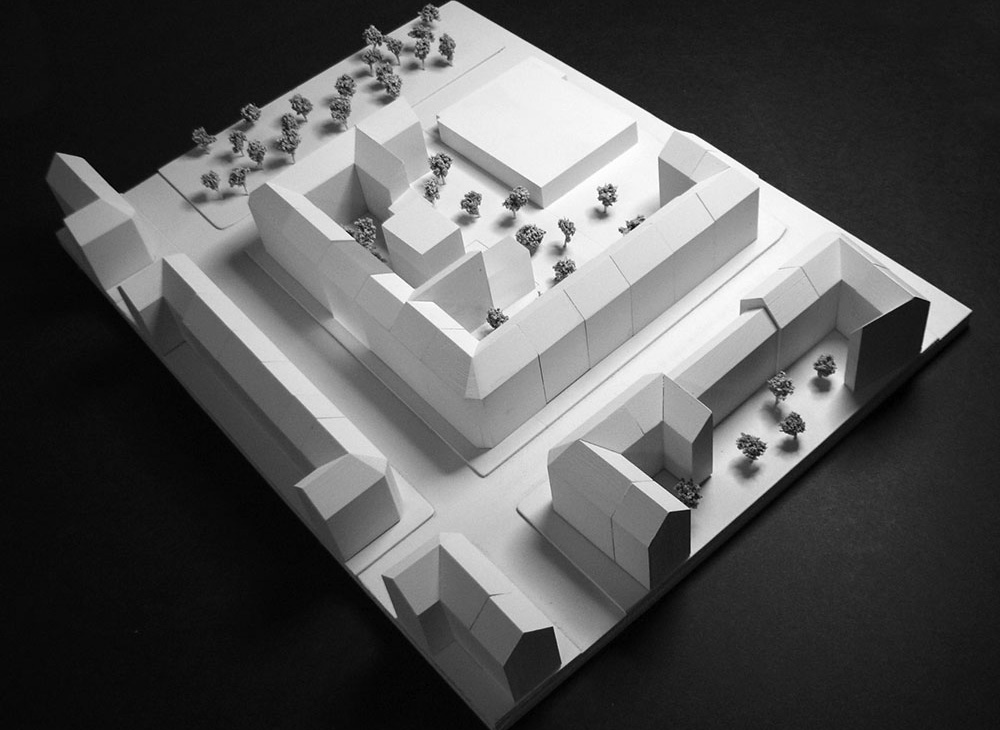