New York is a city of islands and water. Waterways are the city’s largest contiguous open spaces and are the connective tissue between boroughs. The water is, in effect, the sixth borough. As part of a new “blue network” of navigable and inhabitable spaces on the water, the mobile Veloaquadrome will open up neighborhoods to the waterways and make New York more livable and attractive. The Veloaquadrome is a place for public recreation, promoting health and providing a unique vantage point from which to take in the urban environment. Like all successful spaces of athletic recreation, it encourages safe, interactive, and healthy communities.

The Veloaquadrome is 495 feet long and 264 feet wide, half the size of a Manhattan block, and floats on two container vessels and a floatation disk. Its primary elements are an Olympic-size velodrome—an arena for track cycling—and an interior pool with a multifunctional island; it also incorporates an event and performance space as well as a heliport and jet-pack station. The Veloaquadrome is nomadic, moving along the blue network to connect with already existing neighborhoods and to help produce new ones.

The project was originally published in By the City / For the City: An Atlas of Possibility for the Future of New York (edited by Anne Guiney and Brendan Crain, with a foreword by Michael Sorkin). During URBAN DESIGN WEEK 2011, the project was also presented at the BMW GUGGENHEIM LAB in New York City. 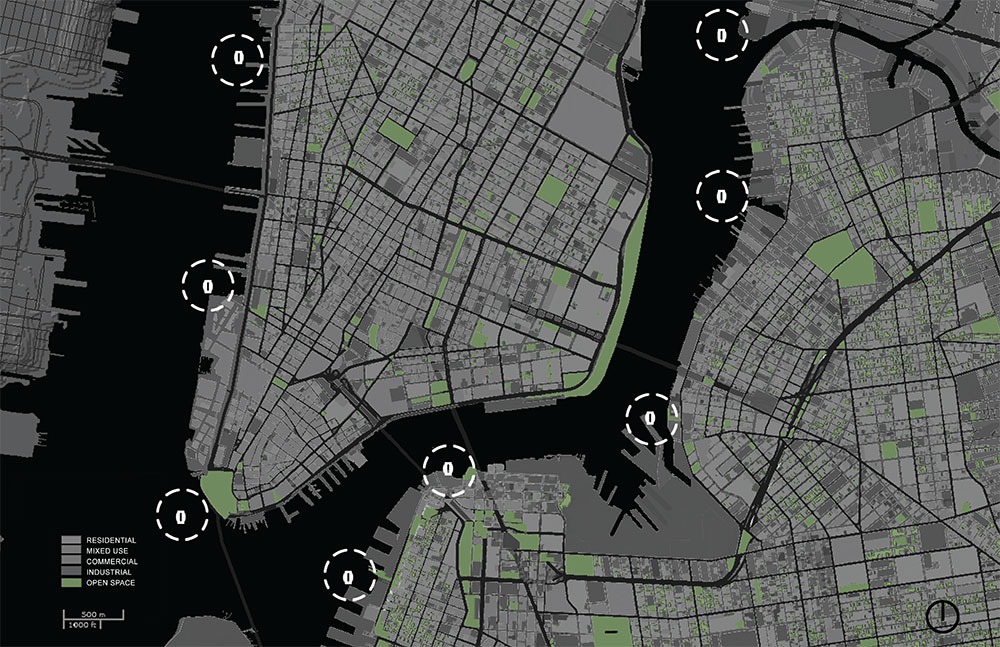 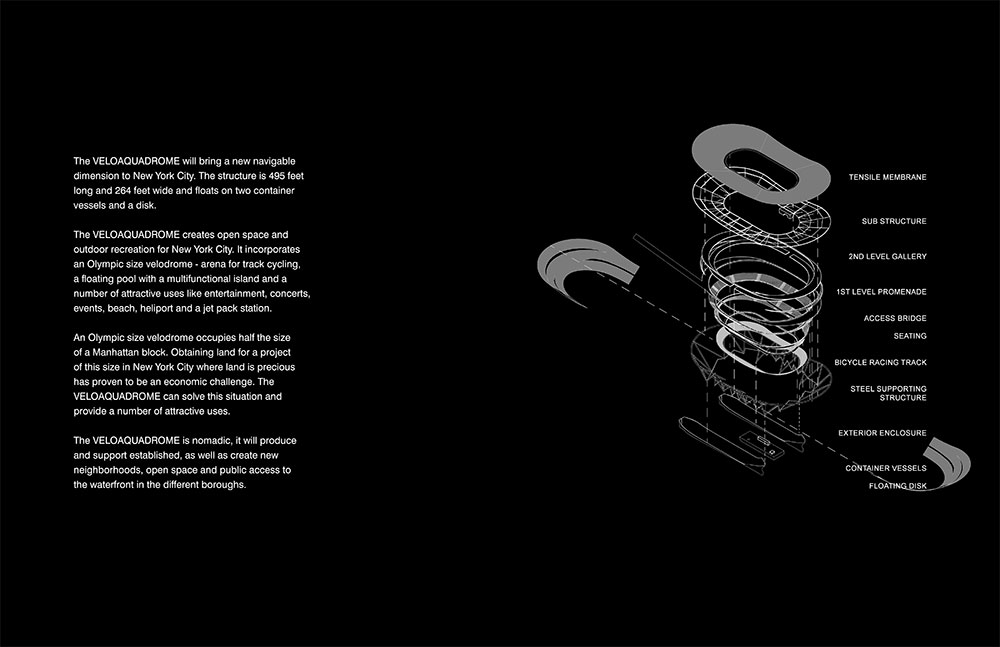 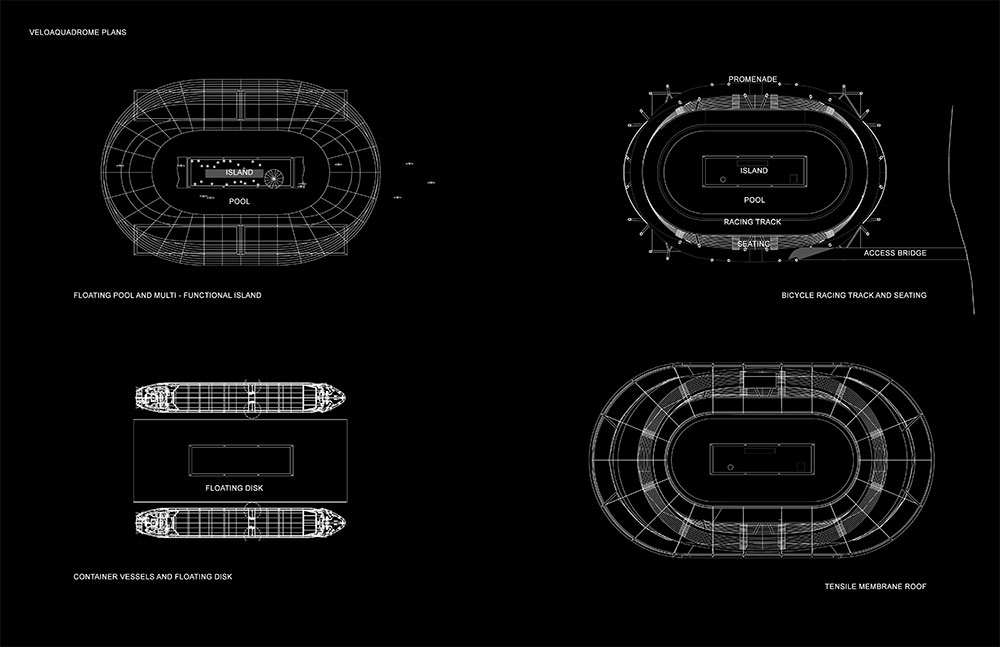 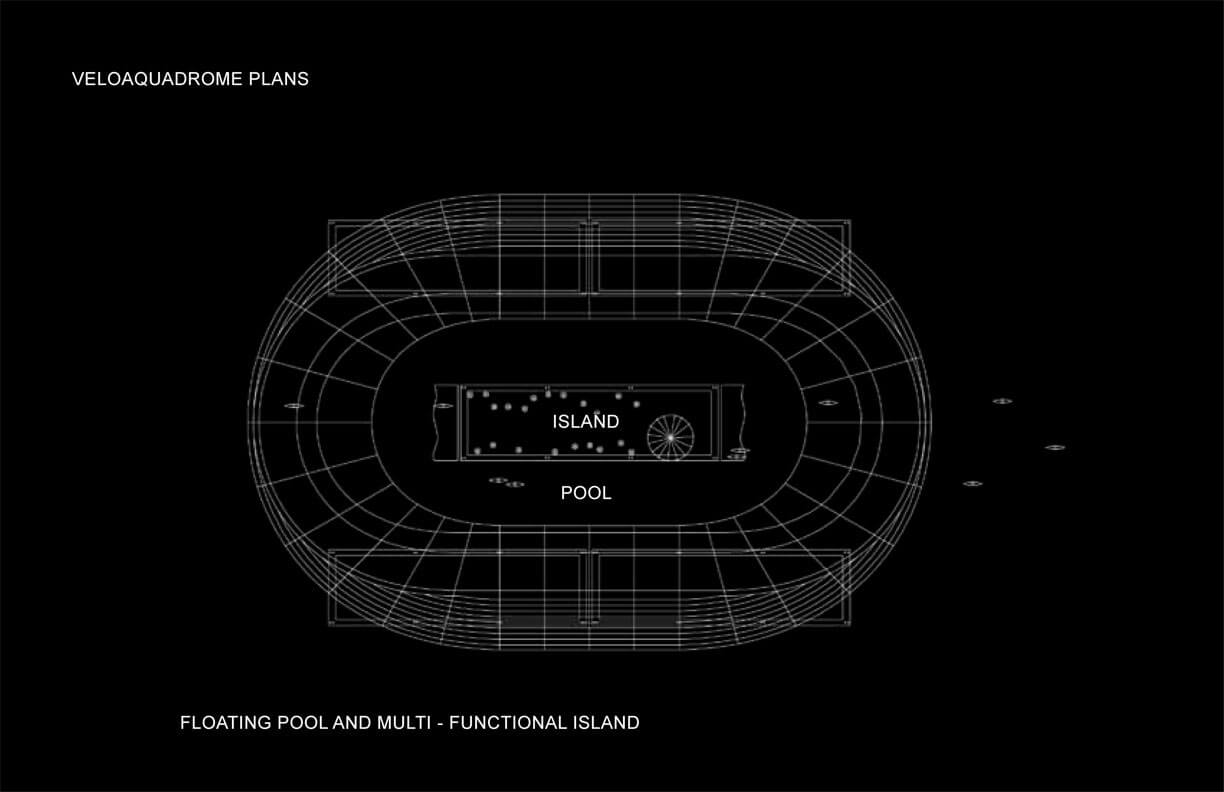 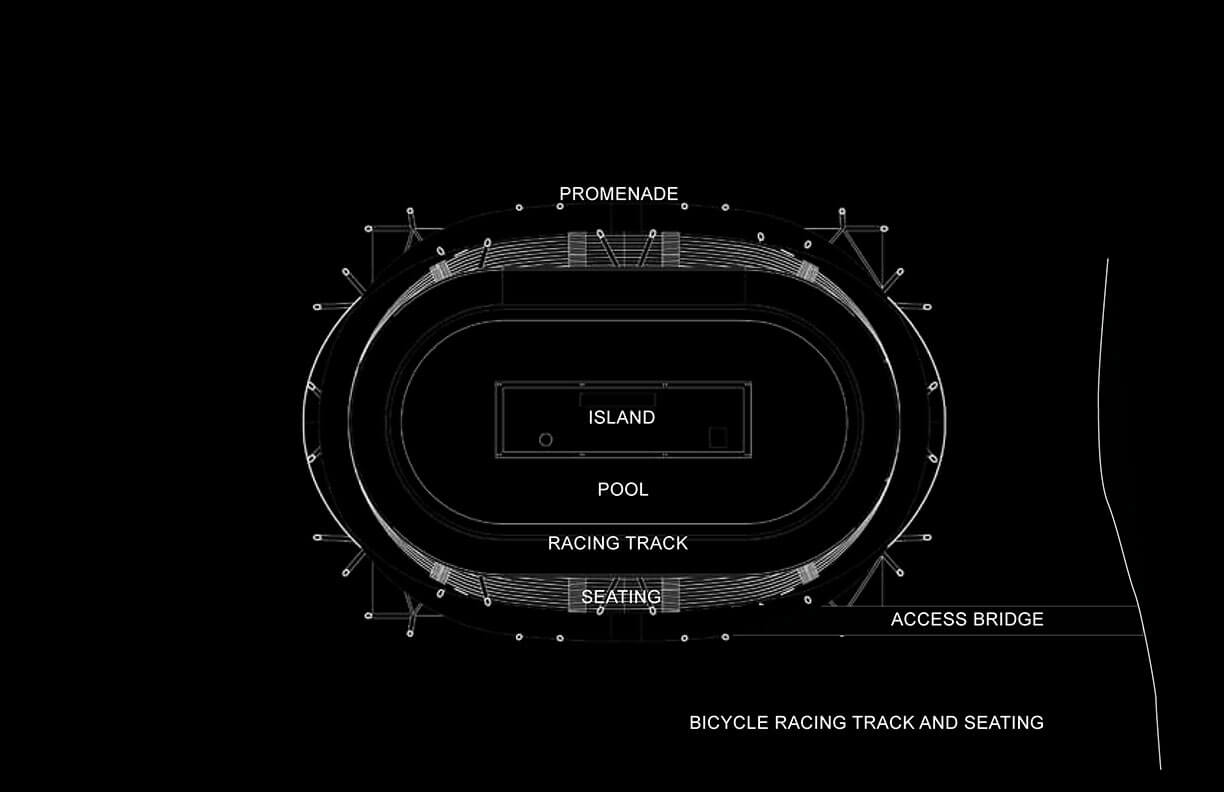 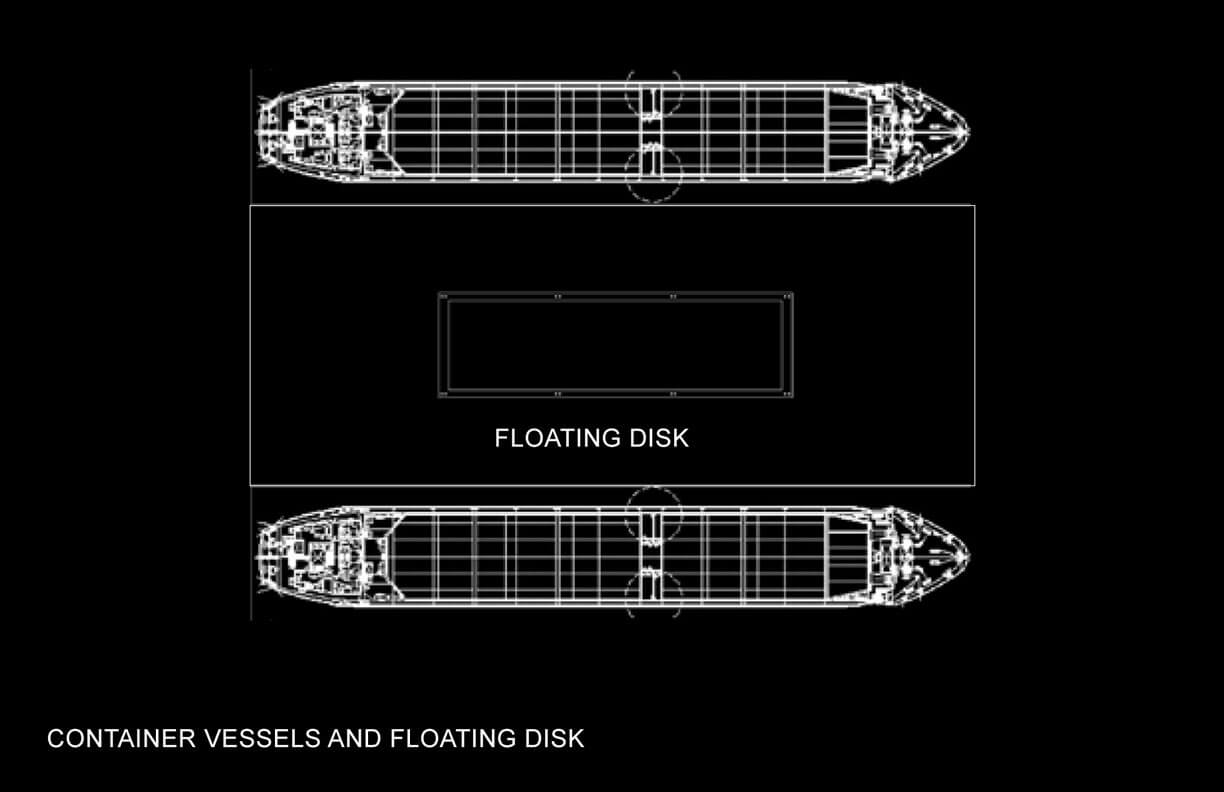 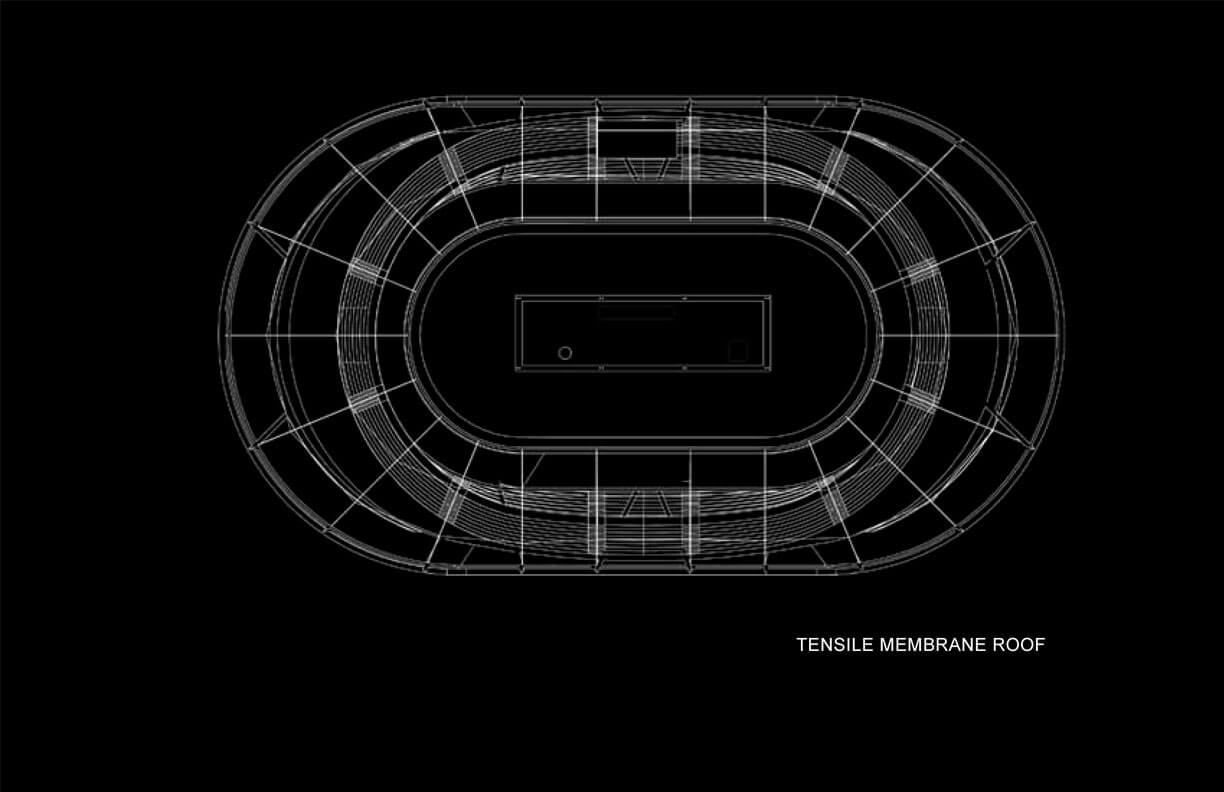 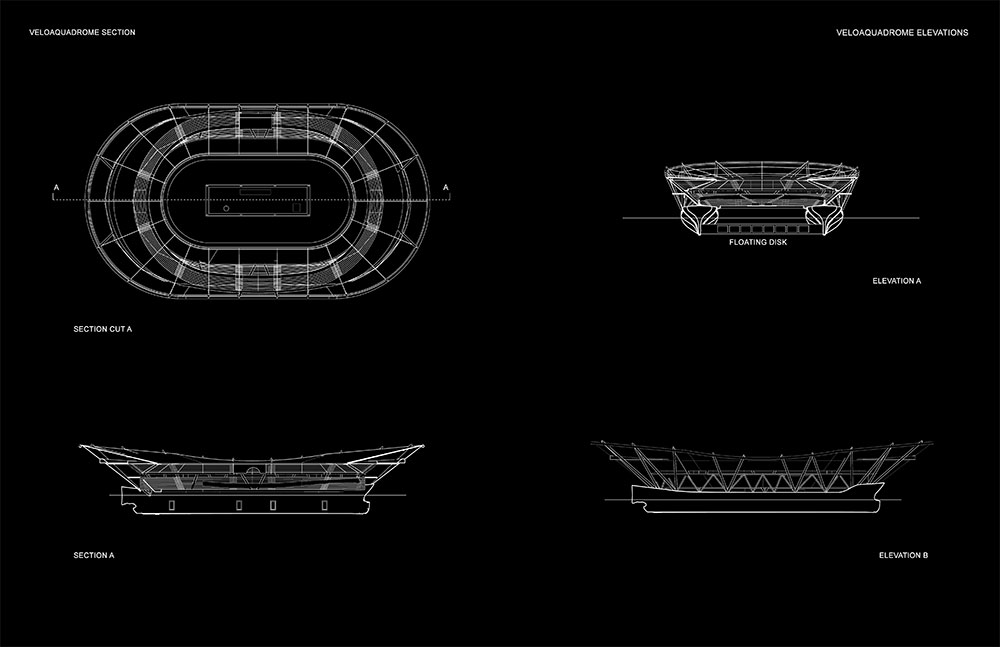 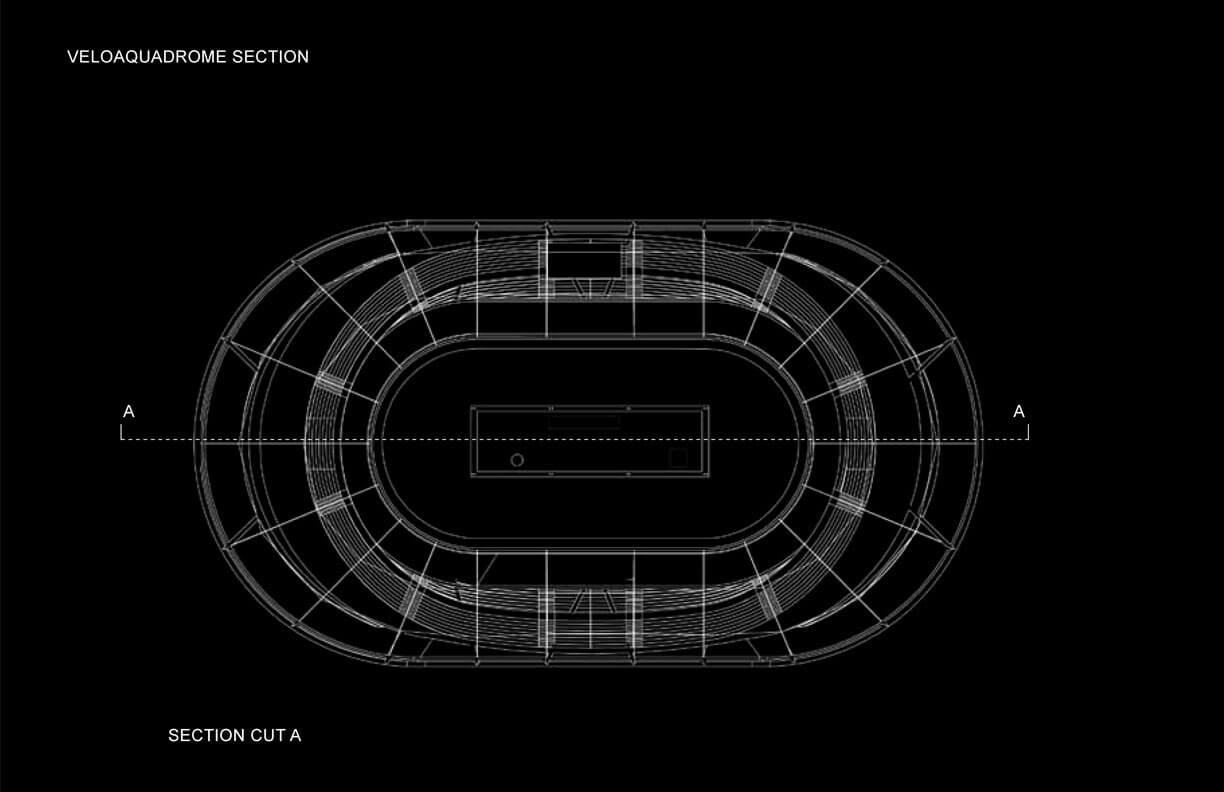 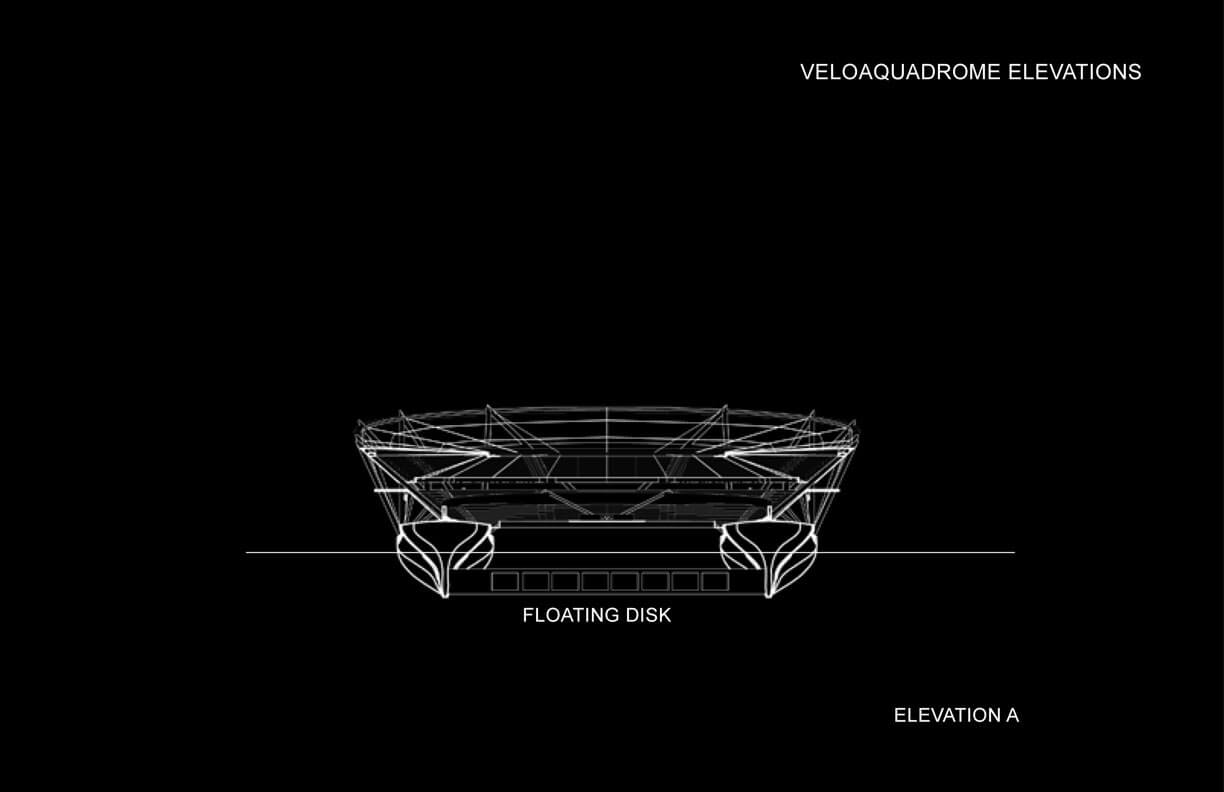 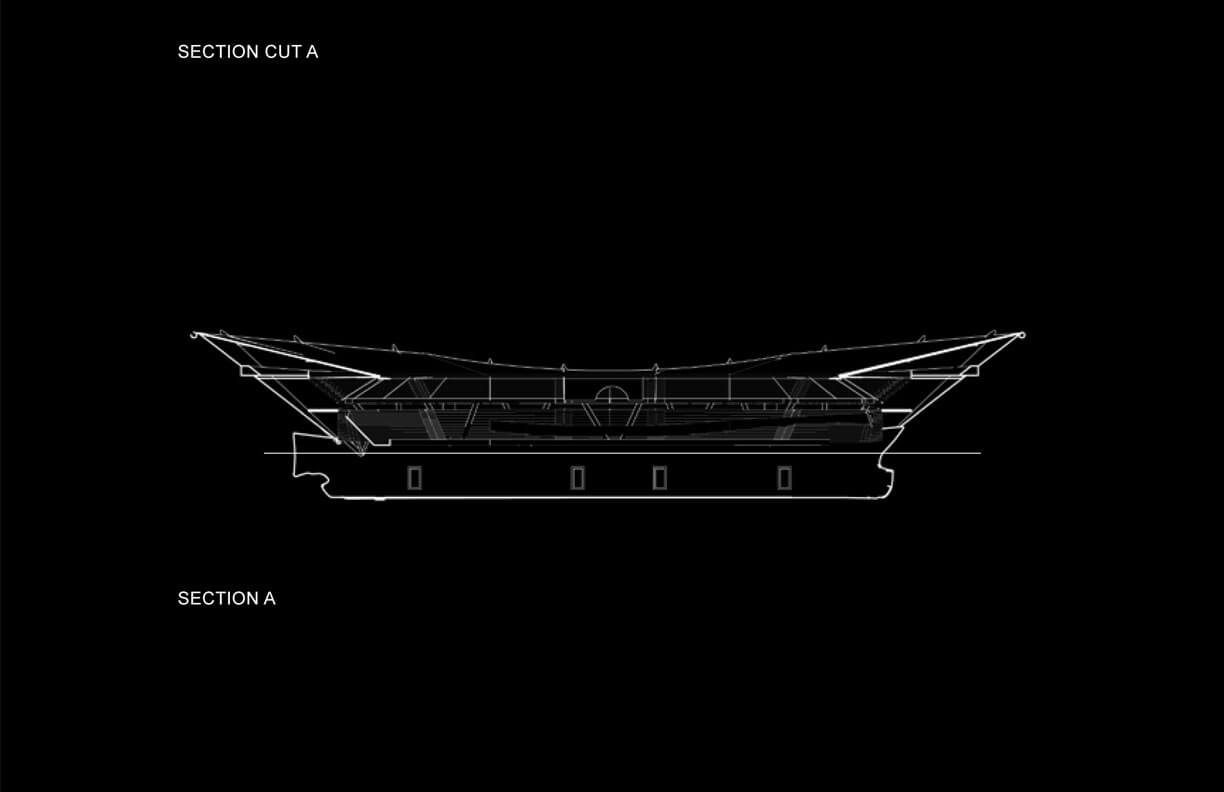 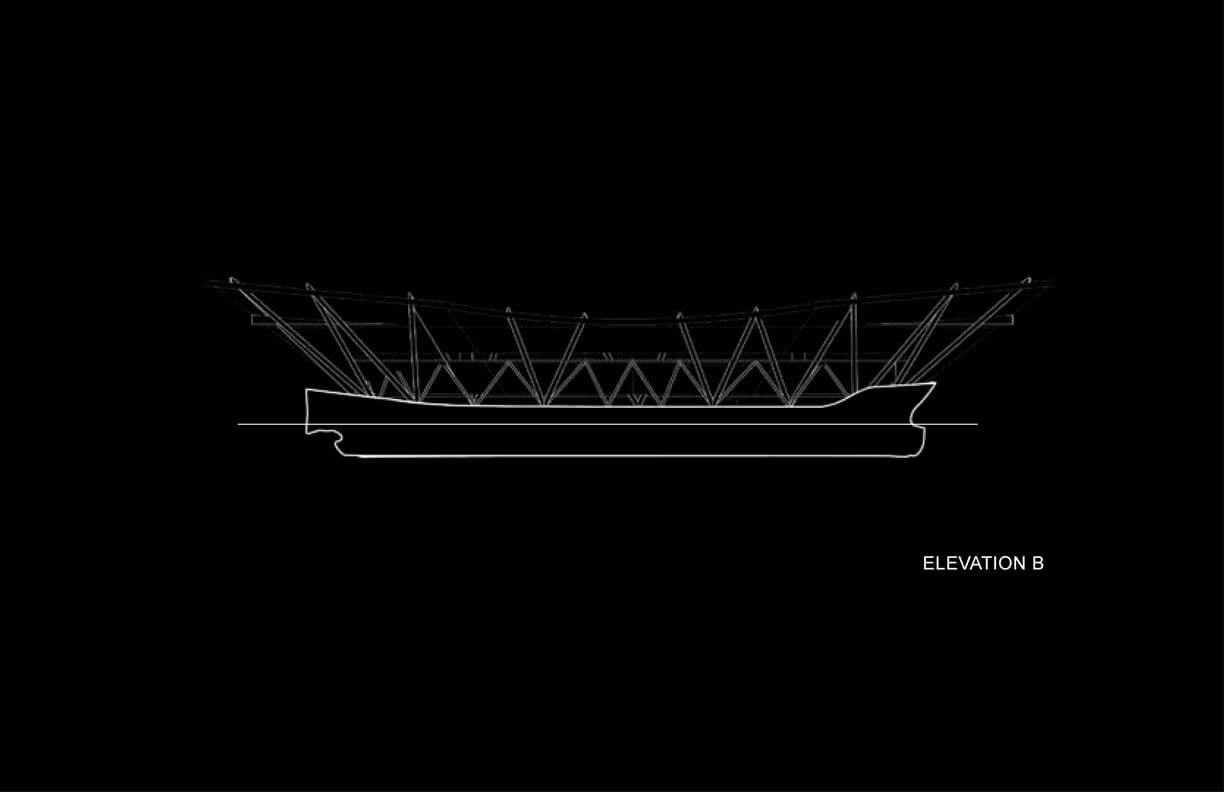 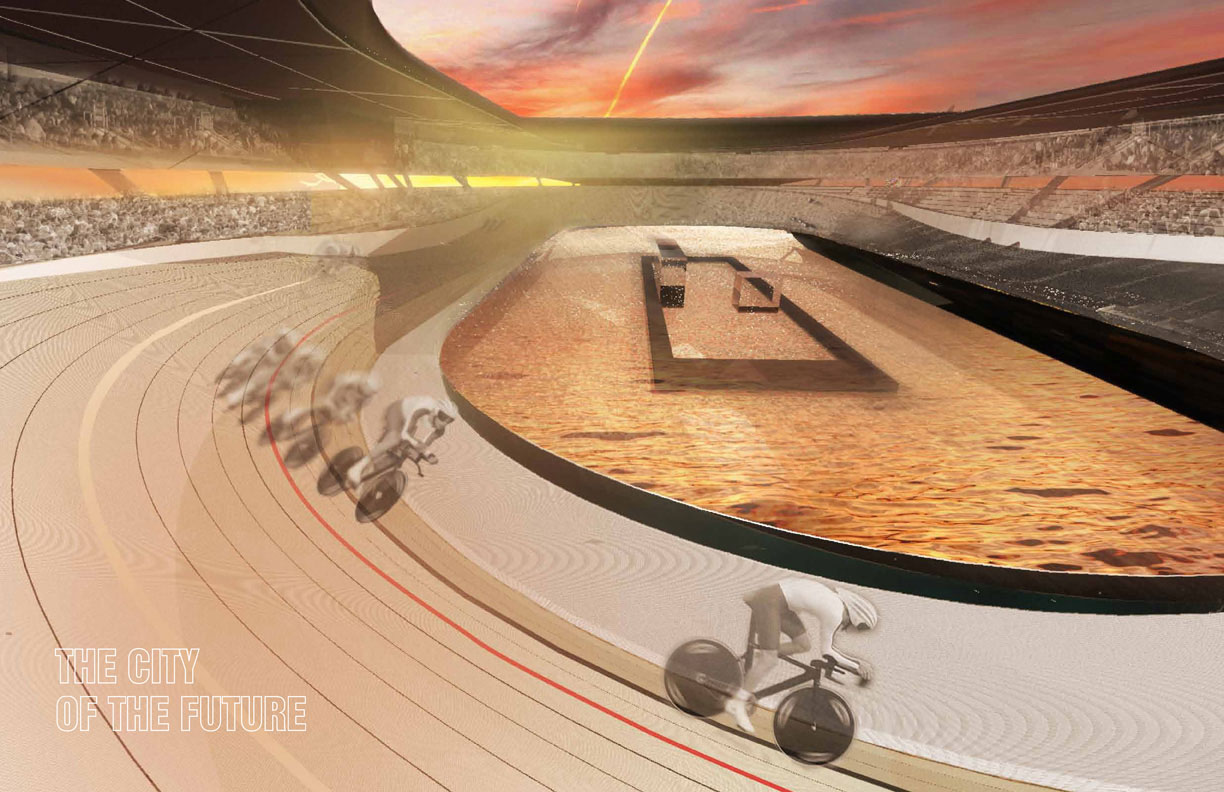 By the City / For the City

Future of the Workplace
Scroll to top